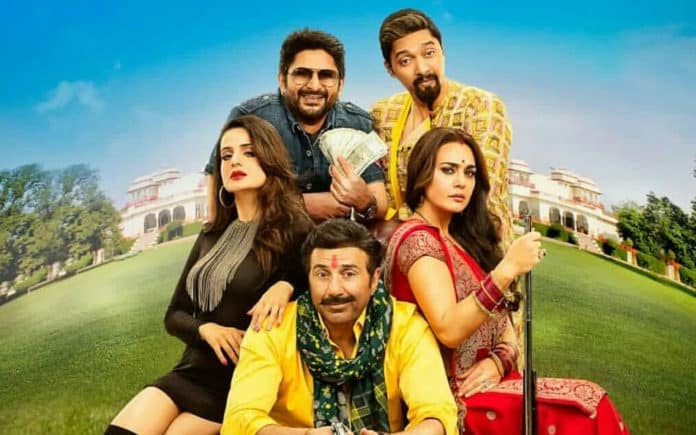 Filming for Sunny Deol and Preity Zinta starrer ‘Bhaiaji Superhit’ had started in 2011 and is releasing seven years later on 19th October, but it looks like the film is entangled in its own monetary controversy. In its seven years of trying to release, the film went through two producers and previous producer Fauzia Arshi has sent a legal notice to the team. The notice has been sent to Sunny Deol, now producer Chirag Dhariwal, director Neeraj Pathak, and Zee Music Company.

Arshi told Mirror, “I was approached by Neeraj in 2011 to produce the film. We decided on a budget of Rs 24 crore but finally settled on Rs 26 crore. After an entire schedule was shot in 2012, with Rs 5-6 crore that I had put in, Neeraj suddenly informed that the budget will now have to stretch to Rs 40 crore. After that, Neeraj and Sunny insisted that they wanted to work with Chirag Dhariwal, who had agreed to finance the film with its revised budget. Dhariwal gave me a cheque of Rs 4 crore, which bounced. They promised to give me Rs 1 crore at the time of the film’s release but that hasn’t happened as well. Our contract stated that I’d be credited as producer on the film but that has not happened either. Along with interest, I am supposed to receive at least Rs 10 crore from them.”

However, Dhariwal’s spokesperson has denied Arshi’s statement, saying, “It was Chirag Dhariwal who started the project. The lady (Fauzia) came into the picture later and took over the film after paying him Rs 2.5 crore by cheque, which bounced. She gave up just five days after the film went on the floors. That’s when Chirag had to step back in. After that, the entire film was shot by us and she was not involved in it.”

Stay with BizAsiaLive.com  for more.