With her first role she won the hearts of many with her superb comic timing in the film ‘Ladies vs Ricky Bahl’ (2011). Although she had a supporting role she managed to come out of the film with a lot of success as well as winning the Filmfare Award for Best Female Debut. After that there was no looking back with her continuing to experiment with her roles and learning from her experiences.

This actress is the mesmerising Parineeti Chopra who on the 22nd October will be celebrating her 30th birthday. To celebrate this fairies birthday BizAsiaLive.com will look at five songs that were picturised on Chopra with her stealing the show.

‘Main Pareshaan’ from ‘Ishaqzaade’ (2012)
Zoya (Chopra) was an ambitious girl who had everything worked out in her life. She knew where she wanted to go and nothing would distract her, that is until Parma (Arjun Kapoor) comes into her life in the guise of love. When Zoya tries to concentrate she can’t because he is constantly in her thoughts. The song ‘main pareshan’ (I’m troubled) reveals the excitement of feeling something new and the emotion of falling in love. Shalmali Kholgade’s vocals go well with Chopra’s portrayal of the free spirited Zoya.

‘Bol Beliya’ from ‘Kill Dil’ (2014)
‘Bol beliya’ saw Chopra and Govinda singing and dancing on the joyous occasion of Diwali. While Disha (Chopra) rejoices and confesses her feelings for Dev (Ranveer Singh), Bhaiyaji (Govinda) is hurt at the fact that Dev is no longer following the path he has shown him. It was an upbeat song which was perfect for the vocals of Sunidhi Chauhan, Siddharth Mahadevan and Shankar Mahadevan. Govinda is known for his incredible dancing skills so when Chopra appears one feels how can she match up to him but that wasn’t the case. Chopra with her expressions lights up the song with her charm.

‘Maana Ke Hum Yaar Nahin’ from ‘Meri Pyaari Bindu’ (2017)
When news of this film arrived Chopra’s fans were overexcited by the fact that they would get to see their favourite actress working opposite the talented Ayushmann Khurrana and not only that sing. When the teasers of Chopra singing appeared everyone was surprised by how well Chopra could sing, even those who weren’t a fan of hers changed their minds. This song was a soothing number that was filmed showing Chopra singing her heart out while remembering the good times. The essence of this song was the beautiful lyrics by Kausar Munir, the calming music and the magic of Chopra.

‘Maine Tujhko Dekha’ from ‘Golmaal Again’ (2017)
Many would have remembered this song from the popular film ‘Ishq’ (1997) which had been renewed for this film. In the song Khushi (Chopra) is the centre of attention with Gopal (Ajay Devgn) confessing his feelings for her. However Gopal’s childhood buddies find the situation hilarious and pull his leg throughout the song. The 90’s song was given a modern twist and was filmed in the outdoors with one part filmed on a moving train.

‘Proper Patola’ from ‘Namaste England’ (2018)
With the combination of Diljit Dosanjh, Aastha Gill and Badshah the song is the latest party number to hit the scene. With Punjabi vibes it’s different from any song that Chopra has been seen in before. In a cool and glamorous avatar Chopra can be seen with Arjun Kapoor grooving in a club surrounded by backing dancers. This song is an updated version of ‘proper patola’ which was originally released in 2013, sung by Dosanjh and featuring Badshah. Chopra not once looks out of place in this catchy number opposite Kapoor. She looks stylish and is rocking in the song.

BizAsiaLive.com wishes Parineeti Chopra a happy 30th birthday and all the best for ‘Namaste England’. 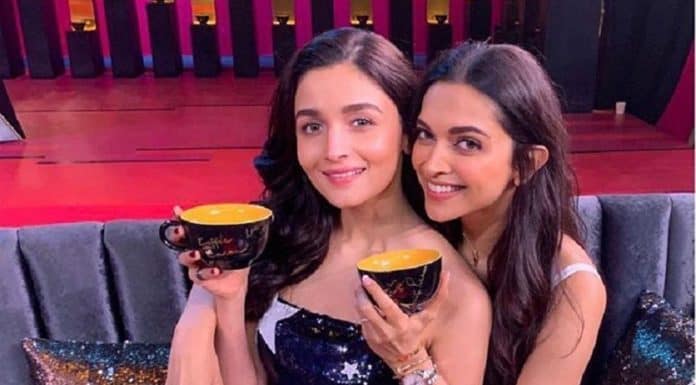