Editor of Stardust India Sumita Chakraborty tells BizAsia’s Hamant Verma to watch out for news about the Stardust Awards coming to the UK soon. In an interview, she also speaks about the impact of publicists on celebrity interviews in Bollywood, gives her take on the Harvey Weinstein allegations and talks about the benefits of foreign investment in Indian film making.

How have celebrity interviews in India changed from 2000-2002 when you were a correspondent at ZEE News?
I started out as a fresher in ZEE News so at that point I was doing the preliminary ‘run-around’to get interviews of celebs. Celebs then were so much more accessible and it was so easy to reach any top star at any given point. Their interviews too were candid, fun and wonderfully, politically incorrect.

But now things are vastly different. In the last five years, the PR machinery has found a new niche in the film industry. Every celeb worth his or her weight in gold now has a publicist and it has become almost impossible to get to any star without stumbling on the PR block. Fiercely protective, the publicist or the stars’ PR are known to scan questions before the journo even approaches the star and many times, celeb interviews are actually more like PR press releases – static, boring and politically correct.

The media today, however, has become more intrusive.

Questions are bolder and perhaps even a tad uncomfortable. The reason for this is actually crystal clear. The paparazzi culture has set in, and even celebs today have got used to the fact that the media these days are more interested in sniffing around their personal lives as much as their professional. Perhaps it is because controversies sell and that is why every journalist today is scratching the superficial to get their teeth into a celebrity’s darkest secret. So there is a lot of dirty linen being washed in public. 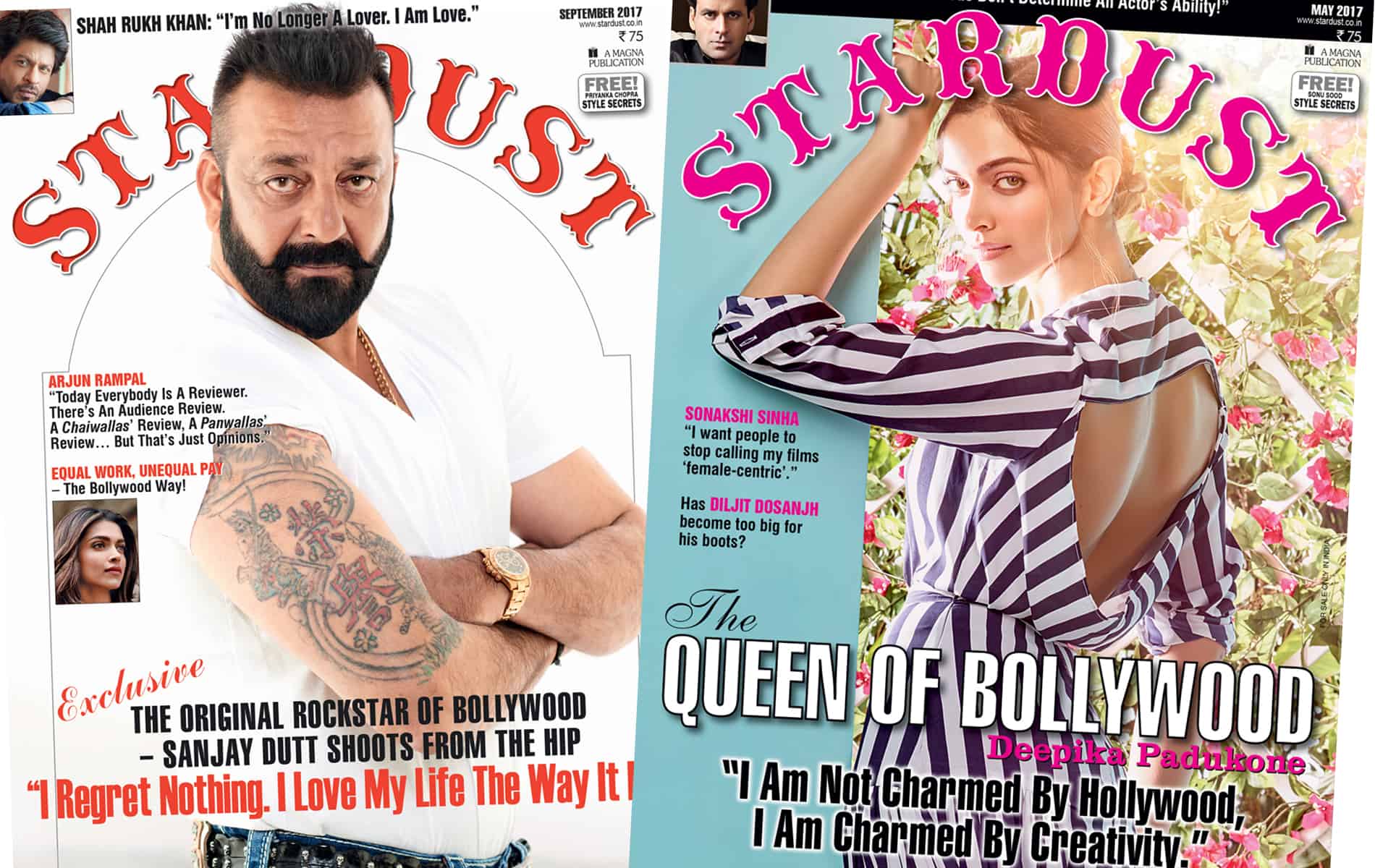 Way back, Stardust was the only super bold magazine that dared to reveal hidden facts of filmstars. There were controversies, scoops, filmigoss, interviews – everything. It swam against the tide and created a niche for itself like no other magazine. No wonder, it was so popular. 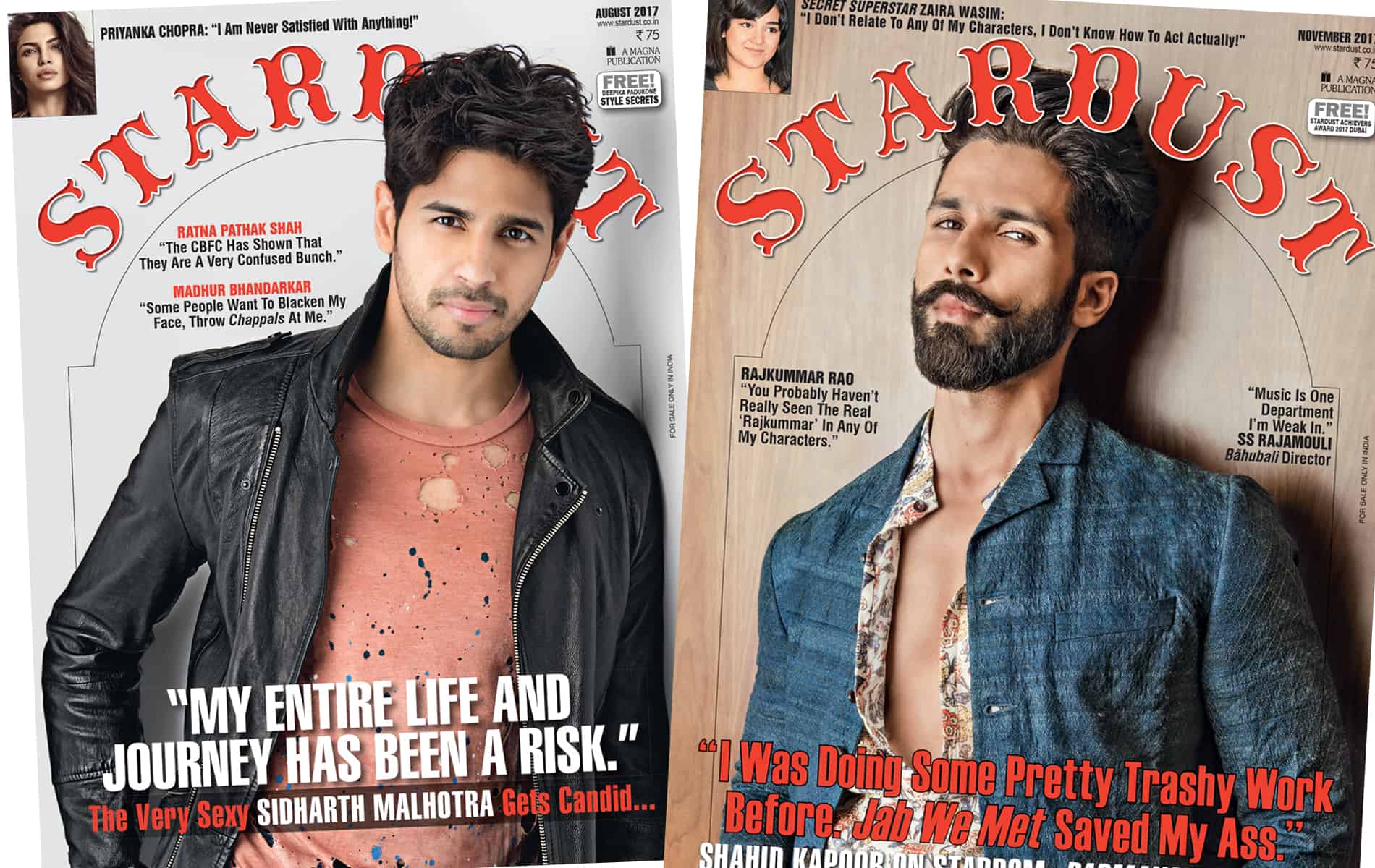 Stardust was founded in the early 1970s and has been a feature in British Asian shops for decades. How are you keeping the magazine relevant to today’s Indian readers and the Indian diaspora?
Stardust is indeed India’s biggest and best true blue film magazine. It is Magna Publishing Co’s flagship magazine. And everything you want to know about film stars, you will find it in Stardust. Way back, Stardust was the only super bold magazine that dared to reveal hidden facts of filmstars. There were controversies, scoops, filmigoss, interviews – everything. It swam against the tide and created a niche for itself like no other magazine. No wonder, it was so popular.

Today, too, Stardust is still shining. It still has its razor sharp, witty chatty style which appeals to today’s readers. The content is amazingly un-put-downable and if you are a film buff, you will definitely grab Stardust. Besides, first hand gossip ‘n’ scoops that no other media gets, top stars’ interviews and great cover stories which includes top most stars from Shah Rukh Khan, Salman Khan, Amitabh Bachchan, Shahid Kapoor, Deepika Padukone, Sanjay Dutt, Vidya Balan and so many more…

Like before, the Stardust of today remains true to form – edgy, sharp and extremely bold – it steps into celeb domains where no other media dares to go. Of course, it is also very slick too in terms of its look and presentation. There are newer, racier segments like candid unseen pictures of the stars, top-of-the-line fashion, rumours and rejoinders, a racy blast from the past segment where a kickass interview or article of a top star from the past is spotlighted, superb spicy stories on film stars – and so much more. Honestly, Stardust is not just a magazine. It is an addiction, one you will always crave for perennially especially if you are a film buff. 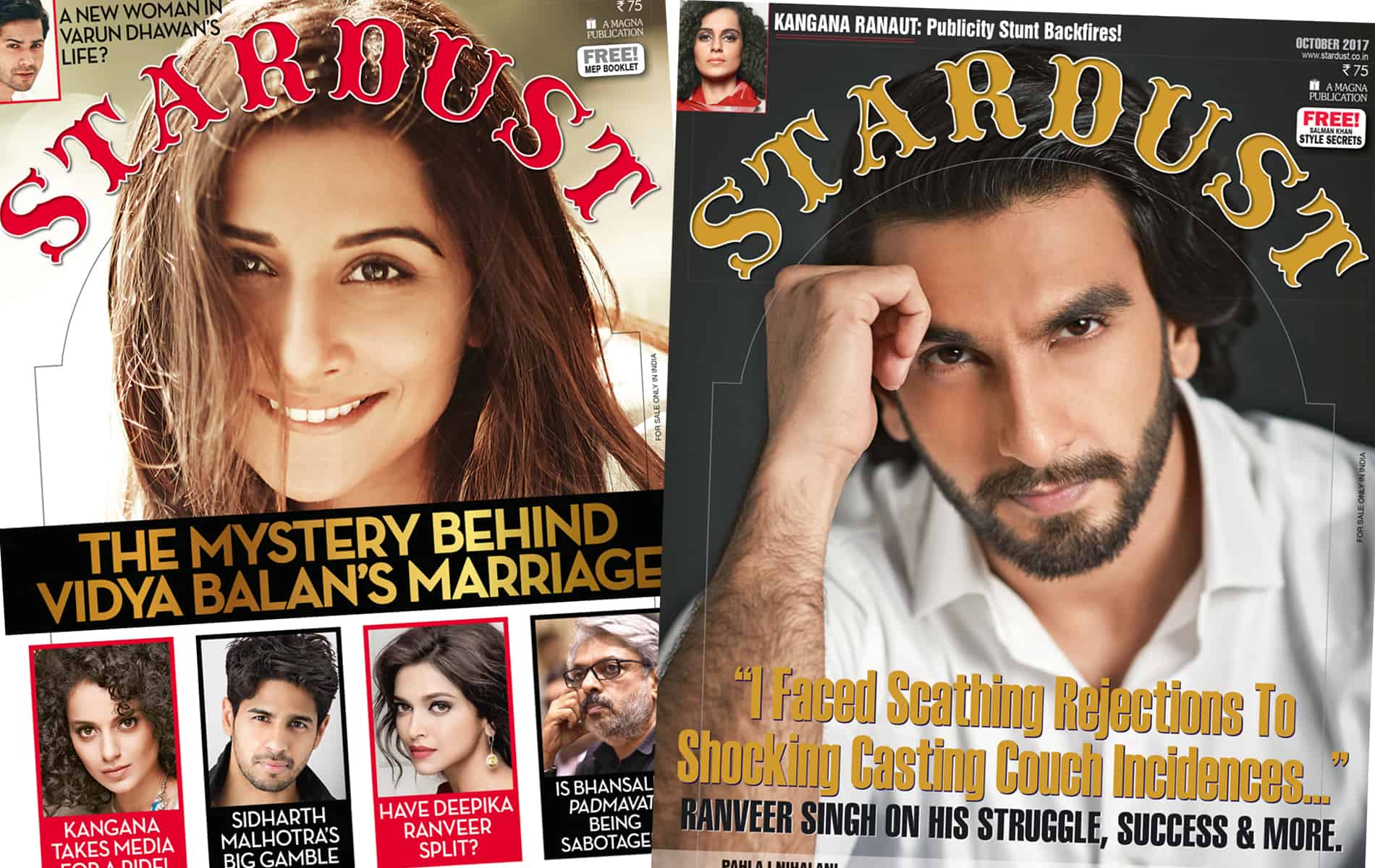 Bollywood like any other industry has an underbelly with a dark side to it, too. There are several Harvey Weinsteins around here too – in fact, a tad too many – but unfortunately, not too many people have spoken out against them openly.

Do you see the Stardust Awards coming to the UK?
Of course, in fact, you will be surprised, how soon this may become a reality. But for now, my lips are sealed.

A big showbiz scandal today is the sexual allegations against prominent Holywood film producer and executive Harvey Weinstein. Is it possible that similar allegations involving the behaviour of someone powerful in Bollywood could remain unreported by the Indian media for so many years, as seems to have been the case with the Weinstein allegations in America?
Of course! Bollywood like any other industry has an underbelly with a dark side to it, too. There are several Harvey Weinsteins around here too – in fact, a tad too many – but unfortunately, not too many people have spoken out against them openly.
Yet, everybody knows who they are and I believe actors too have their own little grapevine where they whisper not so nice stories of ‘Harveys’, everybody should steer clear of. Tales of the ‘casting couch’ are definitely not a figment of anybody’s imagination.

It has been a number of years since foreign companies began investing in Bollywood, such as Disney’s acquisition of UTV in 2012. What impact has such direct foreign involvement had on the Bollywood industry since then?
It has definitely been a boon after restrictions on foreign involvement has been relaxed. I think it has broadened the horizon, and how! And this has impacted on content in a wonderful way.

Bollywood now has become on par with the international film industry in terms of look, content and reach. The content is slicker, more global and definitely much better. The technology now is far more superior and soare the production values. Also collaborations with international studios like Warner Bros, Dreamworks, Disney etc have helped create a distribution networkand so local film producers with the help of their international collaborators now leverage the experience of these international studios by expanding their international reach and incorporating enhanced project planning. Thanks to this, there has been a rise of 3D films, a boost to regional cinema and a focus on niche films. Genuine filmmakers who have some great scripts now get the opportunity to make their films bigger and better thanks to foreign collaborators who pump in the money. Budgets are bigger and so much healthier. So from where I see, it has been a fabulous marriage.