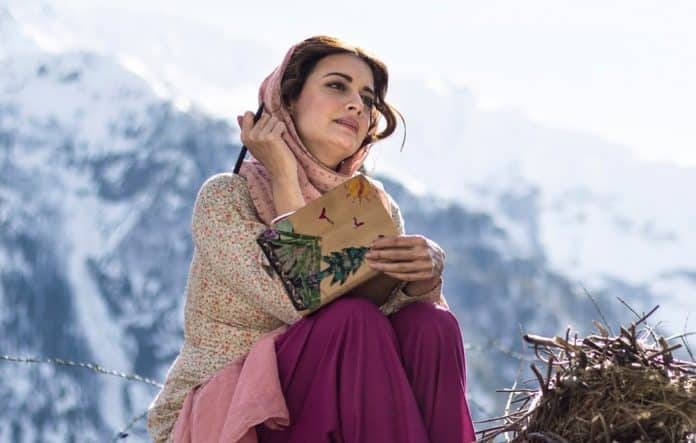 With the web series industry taking the world by storm, it comes to no surprise that many projects that have landed on online streaming platforms, were originally meant for the big screen. One such project was Siddarth P Malhotra’s production ‘Kaafir’ (2019). Starring Dia Mirza and Mohit Raina and showing on ZEE5, apparently the series was meant to be a feature film starring Kajol and Ajay Devgn.

“I had Kajol in mind. I have always been a huge fan of her and an admirer of her. My first film ‘We Are A Family’ (2010) was with her, I had her in mind. I had Ajay Devgn in mind. But these things, everything changes with time automatically, “ Bollywood Life reports the producer expressing.

Based on a true life story of a Pakistani woman jailed in India, writer Bhavani Iyer had written the story back in 2006. However when Malhotra came to make the film, he found that there weren’t enough producers to back it as a feature. “I was always there as a director to tell the story. As a director, I was always on. While I was trying to get ‘Hichki’ (2018) made, I was parallelly trying to make Kaafir into a feature film. So for ‘Hichki’ people told me, because this is the story of a teacher they kept telling me “paagal teacher ki kahani kyun keh rahe ho?” (You’re making a film about a crazy teacher?) ‘Kaafir’ is a story where a Pakistani lady was wronged by the Indian government and then the Pakistani government wronged her too,” Malhotra explained.

He went on to add, “So, at that point of time people were saying why are you telling a story where the Indian government has wronged Pakistan? I kept telling them that this is not a Hindustan-Pakistan story, this is a pro-humanity story. This is about people who are suffering from all the spheres. Producers were like it is a very tough story, do more commercial films. For me as a filmmaker, this was a commercial story. Nobody was taking it, till the advent of OTT; with the introduction of OTT, we could tell the stories we wanted to tell.”

Talking about how the project went from a film to the web series it is now, the producer explained, “To ensure we weren’t just telling a web series out of a film script, Bhavani wrote the eight episodes to see if it has length or no. After writing the entire series down, when Bhavani told me ‘Siddharth this can become a web series and in fact, it’s better as a web series,’ and she gave me those eight episodes written. After we got that in place, then we started pitching it. Again the same problem happened, people on OTT were saying ‘Arey Hindustan-Pakistan story.’ All thanks to Tarun Katial (CEO of ZEE5), within five minutes he said ‘this is a pro-humanity story, we must tell this story.’ At that time there was no Dia, no Mohit, no Sonam (Nair), no Pratik (Shah), it was just Bhavani and me.”