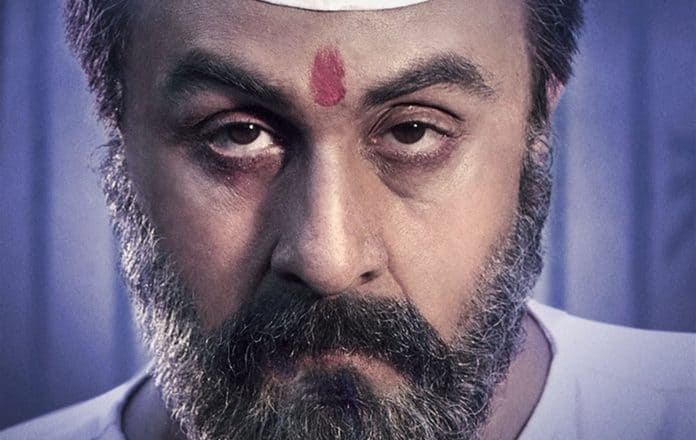 When the Sanjay Dutt biopic was announced, arguably noone imagined that Ranbir Kapoor would get into the senior actor’s skin quite in the way the trailers show. Having wowed audiences already just with the initial promos, ‘Sanju’ is all set to hit the cinemas on Friday.

BizAsiaLive.com caught up with Kapoor ahead of the Rajkumar Hirani directorial’s release.

The promos of ‘Sanju’ with the songs have created much anticipation for the film.
Thank you so much,  fingers crossed. I’m really glad you like it.

One of the things audiences are really excited about is to see you under the realm of Rajkumar Hirani, what was it like working with him?
It was quite amazing. You know he’s not the most successful or greatest Indian director living right now for nothing. He’s such a good guy and so secure in the place he’s in. He works extremely hard and I think he follows the simple philosophy that he wants to entertain the audience. The way he wants to make them laugh, he wants to make the cry, he wants to teach them something, and to do everything in an entertaining fashion. I think that’s something that has been quite an incredible experience for me to be on this journey with him.

Audiences have seen the transformation of your body and your looks throughout the shoot. What did you find the most difficult about that?
When I started the film, I was 70kg because I had just finished ‘Jagga Jasoos’ and to play Sanjay Dutt and to play him at the age of 20 all the way to 60 was actually quite a daunting task. I didn’t think I had it in me to pull it off. But I had to put on weight once – I put on 20kg. We shot in reverse and I kept dropping weight as we shot a phase, and we’d take a month and a half break. But that was only the superficial part. Getting the look right, the prosthetics, just to understand the man and what he went through… Because it is a very human and a flawed side of a human being. It’s not trying to highlight him as a larger than life superstar in this film. We’re showing his mistakes and what he went through. We’re showing the controversies and going through all the different conflicts in his life and what his family went through. So just to understand the man from that aspect was quite amazing. I only have respect and admiration for him after playing this part.

You almost went through the life journey with him again just for celluloid. Were there any particular scenes that you personally struggled with?
Yes, everything was so emotionally draining. Starting from his whole drug phase and how deep he went into it, how hard he had to fight it with the help of his dad and his best friend to come out of it. His mother passing away three days before the release of his first film, then getting into the terrorism controversy, that he keeps up his stakes, his involvement with the underworld; everything was just seeming unbelievable, it was seeming like a lie. Just to believe all of that and to understand that this actually happened to this one person’s life was quite hard for me. Once I believed it, and just because of the script and the director, there were a lot of support systems. There was a lot of care that was given to me to portray this man in the most honest way.

You’ve worked with Dutt quite closely throughout this film, but playing him, what for you stands out about him as a person?
I think he’s one of the most bravest people and the most secure person I have come across, and I think one thing I really relate to in him in this film was his relationship with his father, which is quite complicated. He feared him the most, he loved him, admired him, he wanted his father to be proud of him, and it’s quite tragic, the relationship with his father.

There’s been a recent story that you shot a song together for the film. Is there anything you can say about that?
Well, I think that’s a surprise, and you will know when they (audience) see the film they’ll discover it.

What do you think is most relatable thing about Sanjay Dutt’s his life and his journey after playing him?
I think everybody can make mistakes in their lives, everyone takes the wrong step. But what really stands by you is your family, is your close friends and Sanjay Dutt had that support system, you know his family and his close friend. And I think that’s something people will relate to.

BizAsiaLive.com thanks Ranbir Kapoor for talking to us. ‘Sanju’ releases on 29th June. 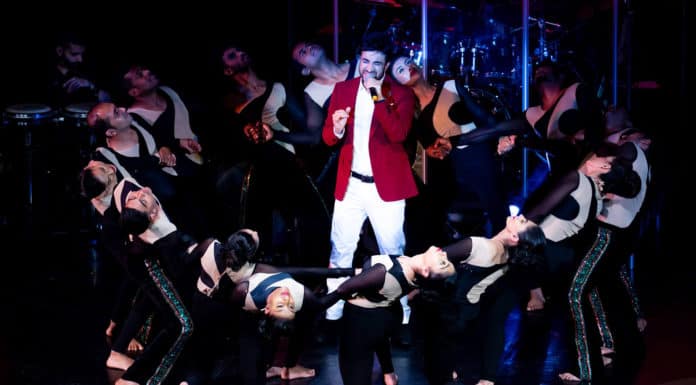 Next articleKaran Johar refutes rumours about next project