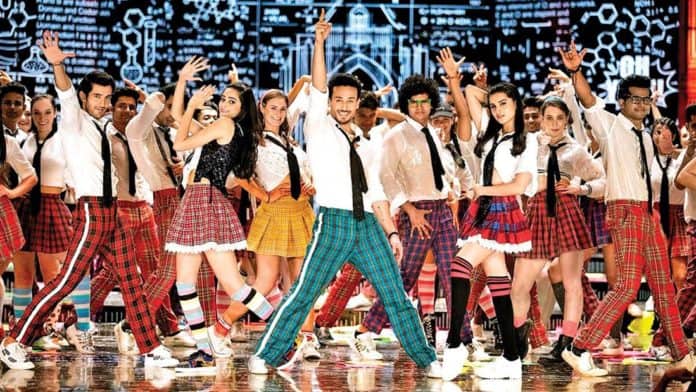 Vishal-Shekhar bring the commercial magnitude of music to the forefront

Karan Johar has handed over the direction of his SOTY franchise to Punit Malhotra with the forthcoming ‘Student of the Year 2’. Starring Tiger Shroff with debutantes Tara Sutaria and Ananya Panday, this film seems like a college love triangle giving a lot of scope to the music with college fun, romantic melodies, party tunes and lot more expected from this album. The music of ‘Student of the Year’ (2012) was a big success under the leadership of Vishal-Shekhar and lyrics by Anvita Dutt Guptan who are back together for this forthcoming Dharma production. With the dance skills of Shroff each song is expected to be able to create some epic dance moves in the videos to help amplify the songs to the masses.

In the era of remakes and considering the success of The Disco Song in SOTY there is no surprise that this album opens with yet another remake The Jawaani Song. Remake of the 1972 super-hit Yeh Jawani Hai Deewani in the voice of the amazing Kishore Kumar this song pivots on the classic Gili gili akha adlibs retaining the magic of Kumar’s style & RD Burman’s production that truly made the song a sensation to last through the ages! The new electronic programming and balance of the original melody is a fabulous mix that literally drives this song to a success. The use of trumpets and saxophones amplifies the retro jazz feel of the song while the electronic bass & beats with a strong break beat musical bridge with synths makes this song so fitting to the 2019 sound. Vishal Dadlani’s voice is simply awesome as he brings the energy and style together to deliver a high decibel performance. Payal Dev has a small role but makes it work well sitting between Dadlani and Kumar’s original vocals re-mastered for 2019 use. Lyrics by Guptan bring a little more tease and flirting while using a lot of the original Anand Bakshi lyrics that are evergreen for all eras. The progression and crescendo of the song is amazing making it perhaps the biggest party tune of 2019. Kudos to Vishal-Shekhar for a terrific old-new balancing job in this remake.

Mumbai Dilli Di Kudiyaan is perhaps one of the most colourful & elaborate wedding party songs seen on screen! The dance moves and overall cinematography of the song is gorgeous but quite capable of making one squint with all the colour. Lyrics by Vayu are dedicated to the party girls of Mumbai & Delhi and are quite fun mixing Hindi and English liners to a Punjabi styling. It doesn’t use many Punjabi words but sure brings the Punjabi feel quite effortlessly. The music is very addictive with a strong repetitive synth hook. The overall arrangement is groovy and unlike typical Punjabi wedding songs but with a lot of looped synthetic music which might almost annoy someone if heard on repeat. Dev Negi & Payal Dev deliver a good vocal styling that has some tease and charm about it. There is not much else in this song to push it to a super-hit but it sure is different and brings a fresh change to the wedding party music category.

Alia Bhatt makes a special appearance dancing with Shroff in The Hook Up Song next. A sexy slow groove dominates this song making it truly a hook up song that starts in the bedroom in the video setting the tone of the song. This song has an interesting and variable composition that has a good amount of variety and musical synths that work well together. There is an interesting guitar bridge as well that gives a good break to the looped groove. The main synth loop of the song is one that would expect in a 90s Salman Khan movie but Vishal-Shekhar pull it off well in a 2019 movie. Neha Kakkar & Shekhar Ravijani voice this song and although the male vocal is very average, Kakkar is super sexy and classy in her delivery making it a perfect song for her. Lyrics are by Kumaar and perfectly in his comfort zone having delivering many such sexy item numbers in his career. This one doesn’t really wow one but considering the marketing efforts it could become a big party tune in 2019. This is not the best work and not a song that would live through ages but it sure will have some success on airplay thanks to featuring Bhatt in the video.

Sanam Puri & Neeti Mohan come together on Fakira next that is the slow love ballad of this album. Finally with some live instrumentation, this song features some good sombre instruments including a mix of Dholki overlaid on drums and mix of strings – electronic guitars, Spanish guitars, bass and acoustic guitars that give the song a very soft texture for easy listening. The arrangement is very nice and lovely to listen to. Mohan & Puri’s vocals are really soothing to listen to even with a good range to their vocals. The mixing of Punjabi and Hindi words gives a lot of variety to Guptan’s lyrics. The expression and emotive aspects of the song are lovely to listen to. The poetry is a quite intricate and has a complicated flow but thanks to the composition and still flows well and is nice to listen to. A decent and unique romantic number to listen to.

Next Arijit Singh takes on Main Bhi Nahin Soya a sad romantic song with a strong Punjabi melody and lyrics. Singh’s vocals have the depth of an ocean in this one and it flows through nicely with a big range for every set of a few lines as he goes from very low to a high point. The repetitiveness of the chorus is a little too much and overdone which is a bit annoying even though Singh tries to give it variety vocally. Guptan’s lyrics are deep and soulful but suffer from excessive repetition of the chorus making it look like there is shortage of content in this song. The stanzas are well written and have a strong emotional aspect to it. The composition is quite average and typical for a Bollywood slow romantic but instrumentally this is a well done song. The use of traditional strings like Sarod and Sarangi give it a really nice soothing sound. Just a filler to the album but situational to the movie, this song is rather average and Singh’s talent seems to be wasted on an average song.

Jat Ludhiyane Da brings back Dadlani and Dev in a light but fun romantic song featuring a rap by Deane Sequeira. Dev rules the vocals that has more female lead and her vocals are pretty awesome. The rap is fun and exciting too although Dadlani is not at his best as he lets Dev hog the limelight and not perhaps the best song suited for him. The music & lyrics by Guptan are extremely mediocre and rather bleak taking the personality out of the vocals as well. The music sounds rather pretentious and trying too hard to sound cool which takes the fun out of the song. The lyrics are rather cheap and boring making this song rightfully positioned at the far end of the album.. although it is not a great note to finish the album on.

FINAL WORD
Vishal-Shekhar bring back the magic of ‘SOTY’ for this second instalment of the young and glamorous film franchise. Music is extremely important for this series as it carves the careers of the stars this franchise launches and the music of ‘Student Of The Year 2’ doesn’t disappoint. The music director duo manage to bring the commercial magnitude of music to the forefront of this album while keeping genre variety and a good blend of strong compositions and light lyrics with the help of Anvita Dutt Guptan. What’s missing is good instrumentation as the album sounds rather programmed with synthetic computer sounds but nonetheless the songs work their purpose of delivering strong melodies overall. The Jawani Song is by far the biggest song and will deliver a huge success for time to come thanks to its meticulous handling of the original classic song. The Hook Up Song and Mumbai Dilli Di Kudiyaan are good party tunes too in their respective sub-categories but are missing a spark to drive them to the top of the charts. Fakira is a great romantic melody that’s great to hear and enjoy on a romantic drive thanks to the vocals of Sanam Puri & Neeti Mohan. Arijit Singh seems to have been used to try and save an average song Main Bhi Nahin Soya but technically it fails to do so while Jat Ludhiyane Da is just plain boring. The album overall rides on party tunes as expected and delivers good vocals with Vishal Dadlani, Payal Dev, Neha Kakkar & Dev Negi doing well. This album should succeed in creating a fresh party sound with strong visuals & choreography in the videos and help drive audiences to the cinema with all the masti & entertainment that it brings. 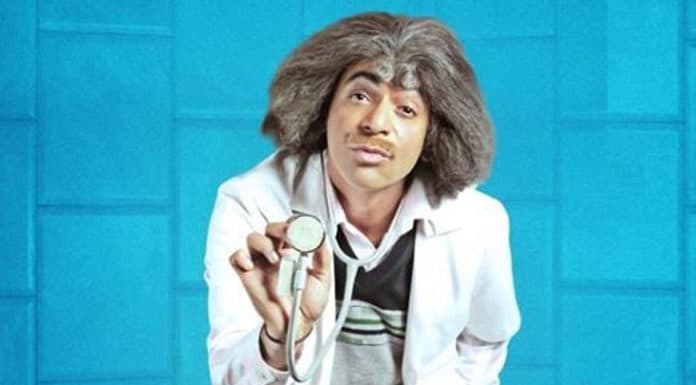 Next articleEight times Bollywood was inspired by American sitcom ‘Friends’