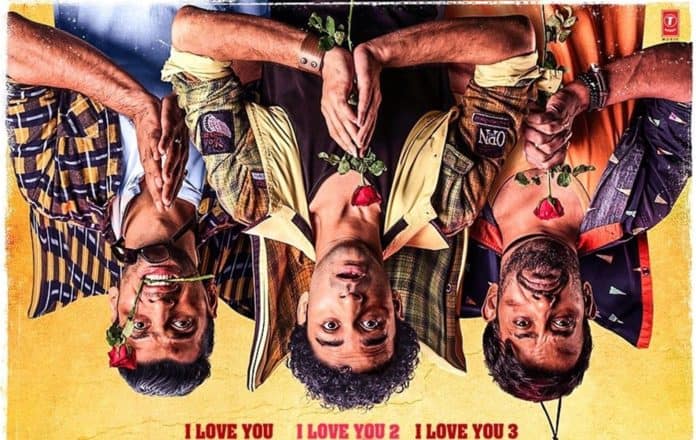 A pure party album as one would expect and rather flat in genres, but the party tunes are ace and will help make this film known even with the absence of any A-grade stars.

Making a journey from behind the camera to the TV sets and the big screen in pure dance movies, our choreographers have come a long way. Now taking center stage as leading actors and film directors are Dharmesh, Raghav and Punit in ‘Nawabzaade’ under the direction of Jayesh Pradhan making his debut. The trailers look colorful with considerable amount of fun as one would expect in a love triangle movie. Appealing to the masses with the boy next door image of these boys, the film seems to target a different audience set and perhaps maybe not for the mature viewer. But one can sure expect some great dance & music to go in a film with some of the best dance talent in Bollywood leading this film. With the names of Guru Randhawa, Badshah and London boy Gurinder Seagal on the album one can confidently expect some good party music on the album.

The album opens with perhaps the biggest Punjabi hit of 2017 that has been on charts for ages long before being featured in this movie. Guru Randhawa’s High Rated Gabru has ruled the music scene around the world for months on end and thus it is an easy one for ‘Nawabzaade’ to bask in its glory by getting Randhawa to add some lyrics variations to reprise the original. To further bring a fresh twist to an existing hit throw in Varun Dhawan & Shraddha Kapoor in the music video and we have a fresh new YouTube hit. Randhwa’s vocals are warm and exciting as always that has moved into the limelight as the biggest music star in the last year. The original of 3 stanzas is cut short to two and the music is slightly fuller at a faster tempo making it more worthy of a Bollywood film score. This is a winner song and an easy club hit for a dance themed album.

Trust Badshah for a big fat beat; Tareefan from ‘Veere Di Wedding’ (2018) is a big example of his music direction skills with a fat deep beat structure. Tere Naal Nachna is a killer groovy number with a very catchy bassline creating a melody that is very addictive. A total party tune with a full urban electronic arrangement, Badshah proves he is here to impress. His lyric writing is just perfect for a song that is destined to be a massive club hit. He brings out his unique style in the rap which drives the song really but the star attraction is a really cool hook delivered by Punjabi singer and actress Sunanda Sharma making her Bollywood singing debut. She has a lot of oomph in her sharp vocals working very well for Athiya Shetty’s glamorous performance in the video. Overall this is a wicked tune and is another step in defining the new urban electro trend in Indian music.

Gurinder Seagal directs, writes and voices Mummy Kasam next with Payal Dev and Ikka supporting on the vocals. The lyrics are crude as one would expect in a Mumbai street party themed song. Kunaal Vermaa helps with the lyrics that work well for this song but are nothing great to mention. The composition is quite straight forward too based on the iconic Mumbai music style melody. The arrangement thus sound dated and repetitive but overall the song does have the progression and energy that a song in this category would need. Vocally Ikka is the best with his rap while Dev and Seagal deliver a fair performance as much as this song allows them to. Not a great song but it sure works for the songs setting in the film while also delivering the energy required for 3 massively talented dancers to rock the place down.

Aditi Singh Sharma has a go at High Rated Gabru (Female Version) next. Using the original music and lyrics she is able to give a different treatment to this shorter version of an already cut shot song. She does harmonise the vocals in most parts with her vocal depth which does sound odd as what really works for Randhawa is his simple almost flat vocals. Nonetheless a great effort by Sharma on delivering her take of an already superhit song.

In the era of remade versions of classic hits, here is another one of Nadeem Shravan’s original called Amma Dekh. Seagal does a super job in making this remake into a unique one that is almost like an original. He takes the Munda bigda jaye theme and translates it into music with a dark, deep urban beat that makes this into an underground rave song. Add Sukriti Kakkar’s powerful and clean crisp vocals to it and you have a new age anthem at hand. Ikka’s rap is quite dynamic & engaging as well with a lot of confident personality coming out of it. Segal’s music is full of instruments and has a massive range to it that showcase his music programming and composition skills. His interpretation of Kumaar’s original lyrics with a modern day twist to it is worth a listen. Some great effort on this song by the team! Although the song is very well done it is a little extreme for the masses with its deep underground beats and thus might not enjoy the same success of a Randhawa or a Badshah song on the album.

After loads of dance and party tunes it is refreshing to hear a low-key romantic end to the album with Lagi Hawa Dil Ko. Sandeep Nath’s lyrics are quite soulful and deep although it does not have a smooth flow that is essential for an easy listening romantic song. Seagal’s vocals & music are simple and relies on some good acoustic guitar, keyboards, tabla and piano work in the first half of the song. The song suddenly then changes into almost completely different song with Mika taking the lead on an upbeat jazzy music piece. The progression is quite entertaining to hear but there is not much for Mika to do here and feels a little out of place compared to the earlier part of the slow romantic ballad. Supporting vocals by Nettle and Altamash Faridi are quite average and the song fizzles into mediocrity as it progresses.

FINAL WORD
On the face of it at the start the soundtrack of ‘Nawabzaade’ makes you wonder where has all the creativity gone using a superhit from last year to lead the album with the only effort of making a music video with Bollywood biggies featured in it. But as the album progresses there is some good variety and creativity with Gurinder Seagal and Badshah delivering some proper party tunes to make this a preferred album for all the party folks. Tere Naal Nachna is just a wicked tune that is very refreshing to hear. Seagal shows his talent with Amma Dekh and Mummy Kasam that are totally different party genre tunes. Aditi Singh Sharma’s version of High Rated Gabru is a cool one to listen to while Sunanda Sharma, Ikka and Sukriti Kakkar are worth listening too with their vocals throughout the album. Overall this is a pure party album as one would expect and rather flat in genres, but the party tunes are ace and will help make this film known even with the absence of any A-grade stars. Next articleRakul Preet to play Sridevi in NTR biopic? 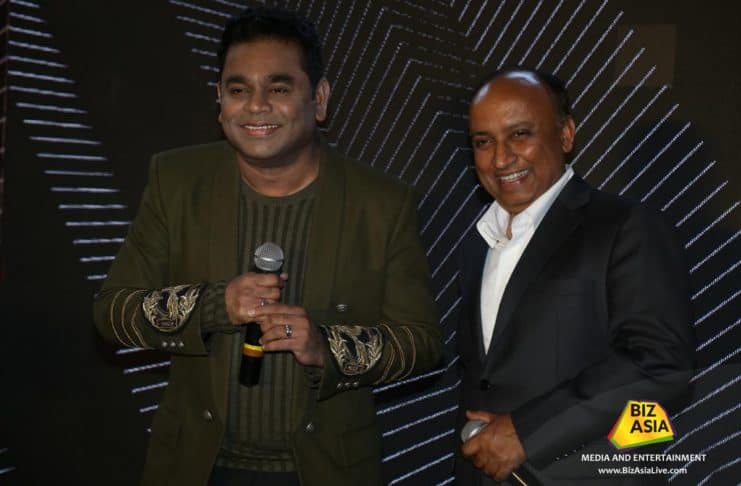 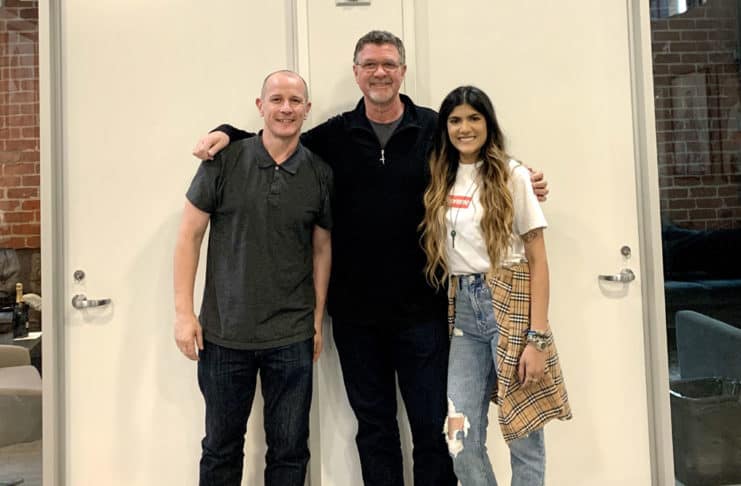 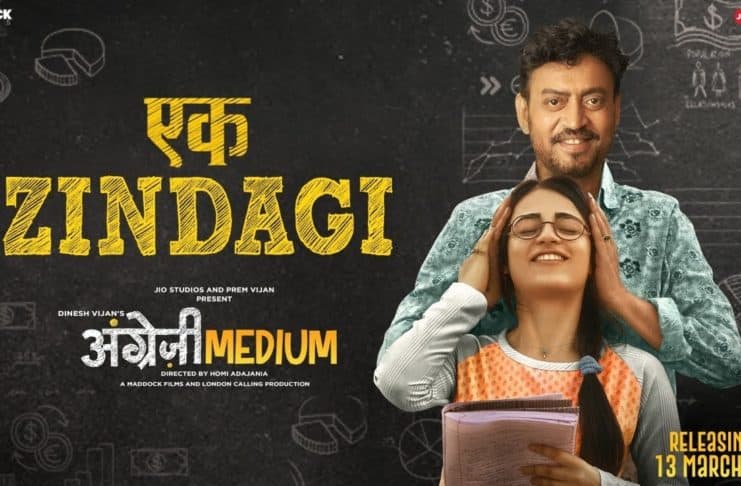