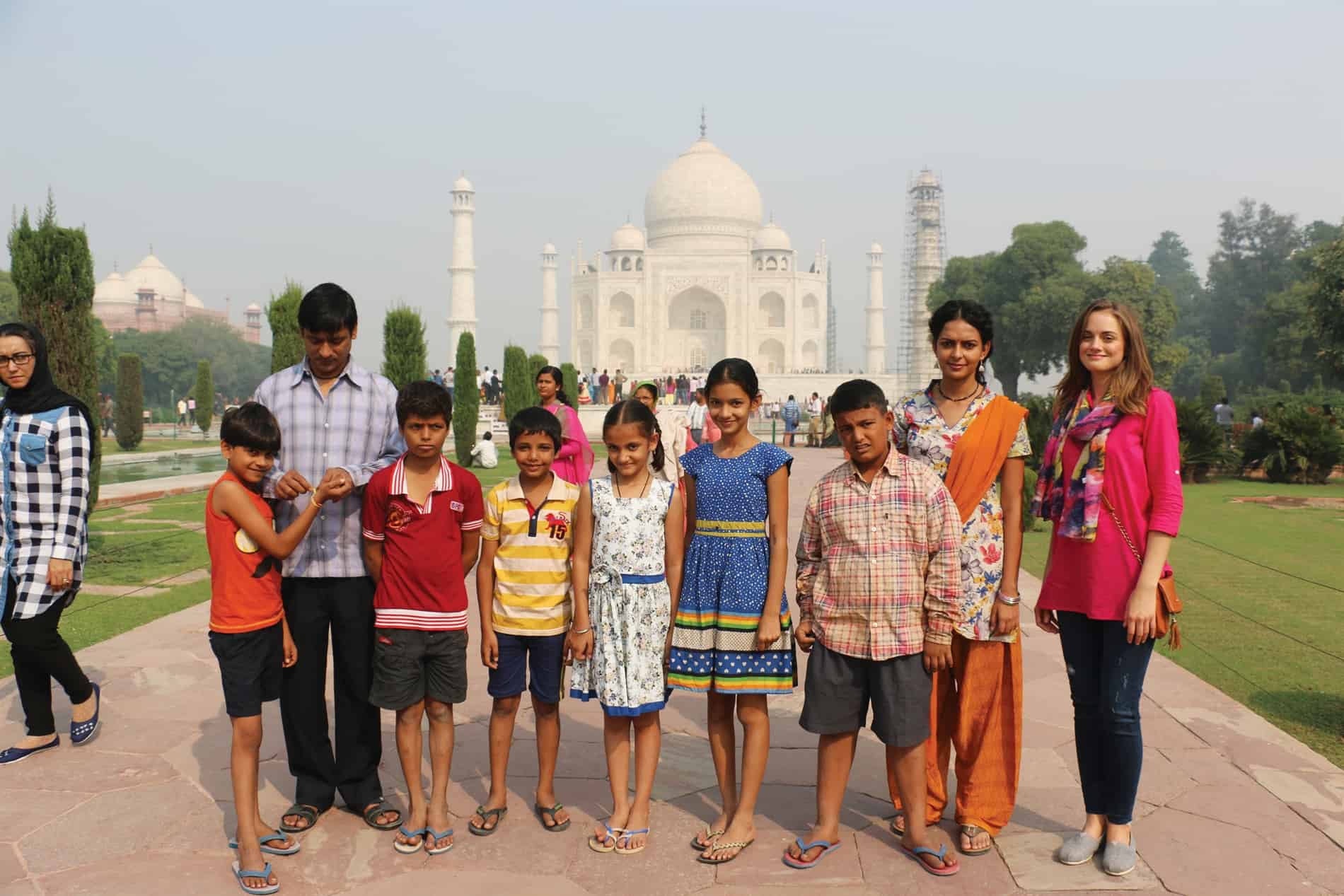 With so much choice at the London Indian Film Festival, one film that should be on your list is ‘T for Taj Mahal’, directed by Kireet Khurana and co-produced by Abis Rizvi and Sony Pictures Networks Production. It offers audiences an opportunity to witness much talent and magic on screen, in an aspiring story.

Set in the backdrop of Agra, Delhi is a small village called Bajjar, the story is told through the eyes of Janet Wright (Ali Faulkner), who meets an inspirational man, Bansi (Subrat Dutta). The reputation of the village and its people isn’t great, known for being illiterate, with hardly any prospects. Bansi, who remained uneducated, lives with the daily guilt that he is responsible for the reason there was no school or teacher in Bajjar, due to an incident that had happened 20 years ago. Bansi doesn’t want the next generation of children to face the same fate as he has and wants to make positive changes for the future. Despite being nicknamed the ‘village idiot’, Bansi is a smart and determined man, with a heart of gold. He is quite an entrepreneur really, he sees an opportunity and isn’t afraid to take risks and this becomes evident as the film unfolds. As he sets out to find funds for a school and a teacher, he soon realises the chances of finding someone to teach is much more difficult than he had imagined. It is then Bansi has a plan and soon finds himself building his very own ‘Taj Mahal’, a dhaba (roadside restaurant). Ridiculed for his idea, Bansi gets together with his good friends Saneechar (Pitobash Tripathy) and Naturam (Manoj Pahwa) get to work.

Though the dhaba soon becomes a popular eatery, Bansi wasn’t making enough money to raise funds for a school. When he notices a little girl, not much older than his younger brother, teaching him the alphabet, he finds a potential solution to kick starting the children’s education, manifesting the tagline – ‘Eat and Teach’. The idea was the customer’s could offer some of their time to teach the children instead of paying for their food. Not every customer was keen, but Bansi got lucky when a tourist going by the name of Christopher (Zachary Coffin) agreed to the idea and soon word of mouth got out of the noble cause that was being run by the roadside. Christopher tells Janet who was visiting from America, about the other ‘Taj Mahal’, takes an active interest in his project and helps Bansi get the wheels in motion. Of course, just as things are going well there is a twist in the storyline that soon brings challenges that Bansi hadn’t envisaged.

Khurana has depicted many relationships within this film, and just as the opening of the film describes the enchanting Taj Mahal, this film also captures the essence of love in its many forms. Whether this was the simple innocence of love blossoming, old friends coming together or strangers who soon form a bond for life; each of the characters were introduced seamlessly and each had their own screen space which didn’t overshadow one another. The on screen chemistry between Dutta, Tripathy and Pahwa was fantastic, how they supported each other throughout the film epitomises the meaning of a true friendship who stick together through thick and thin.

The storyline isn’t overly complicated, neither did it give away the plot, it most certainly has you gripped till the end. Emotions are captured effortlessly, there is charm, humour and heartache all rolled into one, so be sure to have a box of tissues to hand, as this will tug at your heart strings!

It’s fair to say that anyone can draw inspiration from this film, no matter who you are or where you come from in the world. It made you want to reach out to Bansi and help him in his quest, celebrate the joy when they experienced success, but also the sadness when they were facing what felt like a brick wall. It was lovely to also see Raveena Tandon making a cameo appearance, albeit briefly.

There was a sweet love angle between Bansi and Chuniya (Bidita Bag), daughter of Naturam, and in some ways would have been the icing on the cake to see their love solemnised in a wedding. Another element that could have been explored was around Janet, who did so much for the children and the people of Bajjar, did she ever go back to visit? And most importantly, did Bansi achieve his dreams in building a school? Overall a beautiful film, suitable for the whole family, a must see at LIFF.

‘T for Taj Mahal’ runs as part of the 9th edition of the Bagri Foundation London Indian Film Festival, that runs at 15 cinemas, across London, Birmingham and Manchester, from 21st June to 1st July, with 27 films, including features and short films, in competition. It is the largest South Asian film festival in Europe. Buy your tickets via this website, at respective cinema box offices: http://londonindianfilmfestival.co.uk/