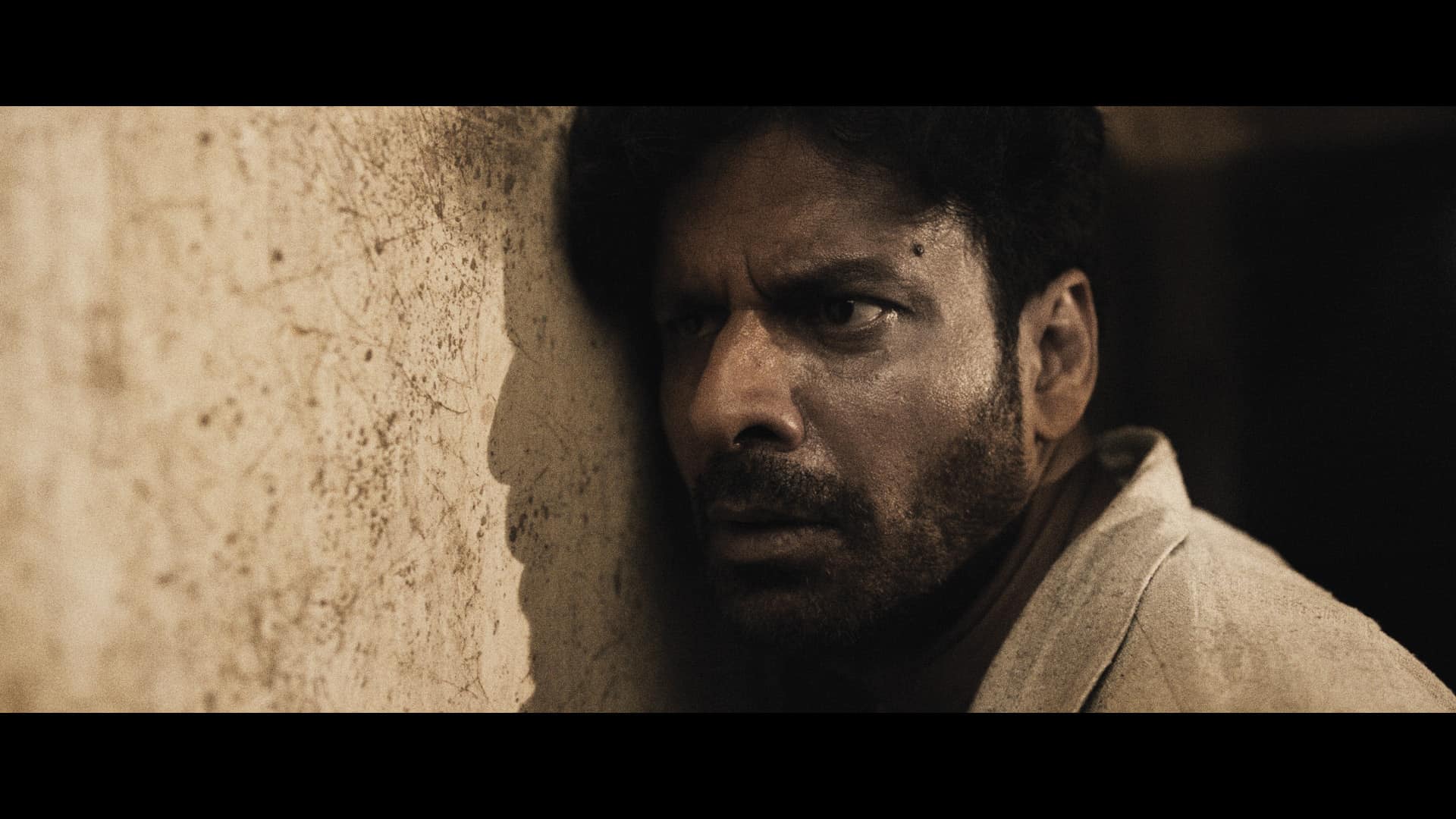 Now in its ninth year the London Indian Film Festival (LIFF) has returned with a bang, and with more films being shown across the country, the festival just seems to be getting bigger and better. Commencing on the 21st June, LIFF will be showcasing a wide number of films that are innovative, interesting and will definitely give their audiences something to think about. One such film is the Manoj Bajpayee starrer ‘In The Shadows’ (‘Gali Galiyan’), written and directed by Dipesh Jain. Based on true events, it’s a story that looks to have everyone on the edge of their seats.

Khuddos (Bajpayee) is a man who though isn’t one to integrate with society himself, enters the world of others through homemade surveillance cameras, throughout the small, tight spaces on the city slum in which he lives. With his only friend Ganeshi (Ranvir Shorey) checking up on him from time to time, Khuddos seems content with his life until his brother arrives, (whom he hasn’t spoken to for 23 years) asking for their mother’s necklace which she had left years ago. Finally, when he opens the doors to the room that holds the possessions of his deceased mother, Khuddos starts searching until he hears a commotion coming from the next house. Veering closer to the connecting wall, he realises the noise is of a man beating his son whilst his wife begs him to stop. The boy is Idris (Om Singh), who is experiencing the consequences of lying to his father. Hearing the taunts and the thumps that hit his body, Khuddos becomes agitated and frantic, thus beginning his obsession in finding this boy and attempting to save him. However, despite being able to see every corner of the street, why can’t Khuddos find him, and what is it about this boy that he can’t let go of?

Jain has proved you don’t need a multi-million budget to make a gripping and thought-provoking film. Through this project, he has managed to deliver what could have been seen as a difficult story to tell, effortlessly, and using the simplest way of directing has let his actors shine in their own right. Having written the film too, Jain was given the space to think of every little detail needed for a film based on true events, which he has told in a way where all the pieces of its puzzle fit perfectly from start to finish. Much of Jain’s directing style seems to have been holding the camera and just free following the actors’ movements. Using close-ups and long pauses where his actors have no dialogue adds a sense of intensity where the audience becomes almost impatient to see what happens next; a simple yet extremely effective way of engrossing his audience.

Bajpayee is nothing short of brilliance in any role he plays, and he is no different in this one. Bringing forward his own style in playing Khuddos, he surrenders to the character completely. Bajpayee also adds a sense of mystery to his character, by not giving too much away through his characters actions and emotions. Shorey is a pleasant presence on screen, where the viewer easily warms to towards the character who looks out for our lost lead – being the shoulder to cry on, and the finger that scolds out of love. Shorey adds a lightness to the story where at times he becomes the voice of the viewer, asking his friend questions that come to them. Singh is no doubt the star of the show. Being a part of such an intense film is no easy task. Playing a role that goes through so much emotional strain is even harder. However Singh’s performance is flawless and leaves the audiences are completely in awe of him, however, at times he is able to add a scare factor through just a look. If that’s anything to go by, it’s easy to see that this young actor will have a lot going for him if he continues a career in the acting world.

‘In the Shadows’ is not a light-hearted film, nor is it a grossly disturbing one. The director and actors have worked well to perfectly create a story that will have its audience gripped, hiding their faces in suspense, and also tugging at heartstrings.

‘In the Shadows’ runs as part of the 9th edition of the Bagri Foundation London Indian Film Festival, that runs at 15 cinemas, across London, Birmingham and Manchester, from 21st June to 1st July, with 27 films, including features and short films, in competition. It is the largest South Asian film festival in Europe. Buy your tickets via this website, at respective cinema box offices: http://londonindianfilmfestival.co.uk/