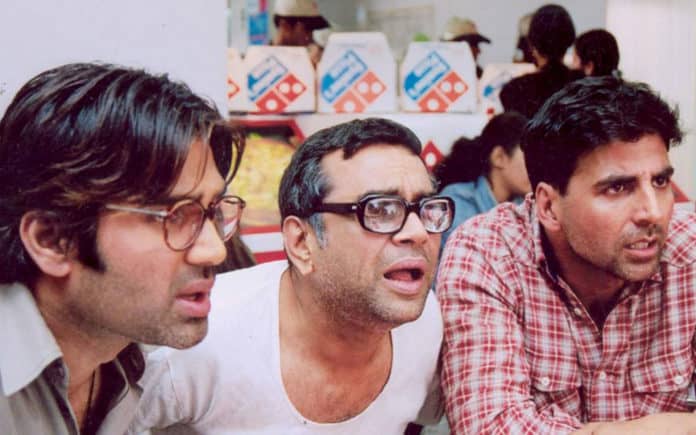 The upcoming comedy riot ‘Hera Pheri 3’ starring Akshay Kumar, Suneil Shetty and Paresh Rawal, has been dominating the headlines over the last few months after much delays.

However, it has now been reported that the film will go on the floors by the end of this year. A source told Mumbai Mirror, “At present, the film is in the scripting stage. Indra Kumar has been working with his team of writers on the story since May last year and has already locked the first half, while the second half requires some more work. He will jump into it after the release of his upcoming directorial Total Dhamaal.”

The source added, “Delays happened due to issues in the script. Hera Pheri is an iconic franchise and the team is no hurry to take it on floors. Though everyone is excites, no one wants to compromise on the script.”