The 22nd annual Asian Business Awards, which honours outstanding business leaders in the UK, took place Friday 22nd March at London’s Westminster Park Plaza. The event celebrated Asian entrepreneurs and businesses, which have led their respective industries and made a significant impact.

Eros Now won the Entertainment Business Award on the night. The cutting-edge digital OTT platform in South Asian Entertainment, has been an integral part of the digital entertainment business. Catering to viewers around the globe, Eros Now serves more than 142 million registered users and 15.9 million paying subscribers.

On collecting the award, Pranab Kapadia, President – Marketing & Distribution of Eros said, “It is a humbling experience to receive this award from the ABA, thanks to the Solanki family. It motivates us to do more hard work. Thank you.”

This year, the Asian Business Awards welcomed Chief Guest, The Chancellor of the Exchequer, Phillip Hammond MP. During a keynote speech, Mr Hammond said, “Energy, ingenuity and hard work are the founding values of the British entrepreneurial spirit. They are the very same values that have driven the self-starters and business leaders at the Asian Business Awards to succeed. The Asian community has played an enormous role in Britain’s success and I am honoured to have been invited to the Awards to celebrate the power of business and enterprise.”

The glittering evening was hosted by BBC Radio Five Live presenter Nihal Arthanayake and welcomed politicians, celebrities, influencers, entrepreneurs, business leaders and philanthropists to celebrate the diverse spectrum of Asian business and the significant impact made to British economy and society.

The Asian Business Awards once again launched the year’s Asian Rich List, a compilation of the 101 wealthiest Asians in Britain, highlighting exceptional entrepreneurial achievement over the last 12 months. The Asian Rich List is the definitive and most authoritative guide to Asian wealth in Britain and a window to the substantial economic achievements of a community.

The night saw a double triumph for the pioneering Hinduja family, who topped the Asian Rich List for the 6th consecutive year and also picked up the Philanthropy Award for their long-standing charitable endeavours with the Hinduja Foundation. The foundation, which was started in 1969 and celebrates it’s milestone 50th year this year, works in a wide range of areas such as education, healthcare, promotion of arts and culture, sports and social welfare.

Kalpesh Solanki, Group Managing Editor of AMG, commented, “In the last 19 years, The Asian Business Awards has become the most important celebration of Asian business success in the country. Over the years, we’ve been recognising the most dynamic and innovative businesses and entrepreneurs in the country and this year we have once again recognised those who have made the greatest impact through business.”

Shailesh Solanki, Executive Editor of AMG adds, “The Asian Rich List is carefully compiled by a team of experts and is the definitive publication which showcases the changing patterns of Asian wealth and economic development in the UK. This year’s list is once again a fascinating commentary on the financial impact British Asians have in the UK and the level of success growth that certain entrepreneurs and business leaders have achieved.” 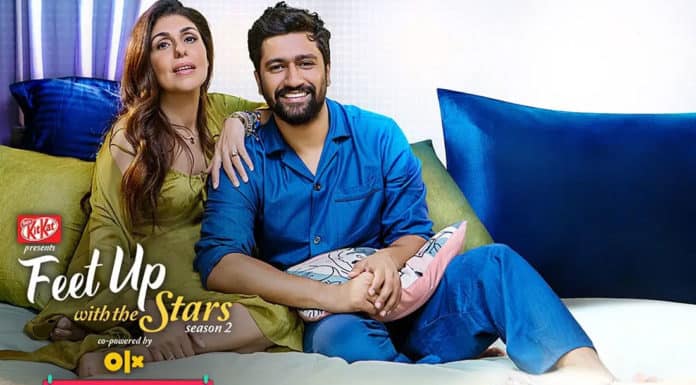 Next articleVoot launches second season of ‘Feet Up With The Stars’