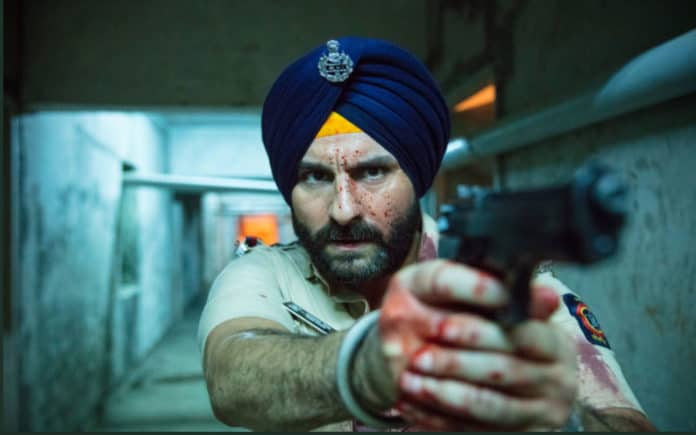 Vikram Chandra’s novel ‘Sacred Games’ has finally launched as Netflix’s debut Indian Original series. Produced by Phantom Films and with a stellar cast, led by the evergreen and hugely-talented Saif Ali Khan, the series will mark the online streaming platform’s foray into the Indian digital arena.

Ali Khan plays Sartaj Singh, a cop who – quite frankly – doesn’t have too much going for him. In all the messes he manages to get himself into, he’s arguably downtrodden due to mediocre performance in his job. However, in a turn for the books, he finds himself on the receiving end of a phonecall from a well-known gangster who the force have been looking for for a number of years. Ganesh Gaitonde, played by the versatility king Nawazuddin Siddiqui, convinces Singh that he is being chosen to save the city of Mumbai because of the connection the gangster had with Singh’s late father. Being lured in by the threat and perhaps the promise of actually being rewarded with some recognition for his work, Singh sets out to find the whereabouts of Gaitonde. The twist comes when the latter is indeed found but, after explaining that Mumbai is under threat and needs to be saved in 25 days, shoots himself in front of Singh. Then on in begins Singh’s quest to try and put the pieces of the puzzle together with the clock ticking day-by-day and new information coming to light at the same time in the web that Gaitonde’s life was.

The plot is known to be about the chase and the unravelling of various parts of the story to bring it all together – toggling between the present and Gaitonde’s rise. However, with Phantom Films’ Vikamaditya Motwane and Anurag Kashyap directing the episodes, it seems this story is given a lease of life which could only be achieved under this production house. Never fearing the darker and more murkier stories, this is one production speciality which seeps through into ‘Sacred Games’ and makes it all the more engaging as a watch. With the backdrop of Mumbai arguably turning into a character in itself, the gritty and thrilling hunt for answers is sure to keep the audiences gripped to their screens pretty much from the first episode if not the opening scene.

Motwane and Kashyap take the first two episodes it can be said, to really set the scene and get the viewers feeling involved in the characters and the ins and outs of the connections they all have – whether situational or genuine. You quickly learn as a member of the audience that this is a series which is on par with all the international Netflix series that have been on offer and successful in the past few years, immediately understanding the power of not having a soundtrack to match to the plot or indeed sugar-coatedness which could dampen the edginess.

The series explores various things which could have been censored if in film or even TV broadcast. For example, a female character actually being a transgender, much to the initial surprise of her love interest. The darker feel of the overall treatment in the series gives way to an arguably acceptable inclusion of expletives and also scenes of a sexual nature. Siddiqui is seen in an avatar which he simply wouldn’t be seen in in Bollywood, no matter his stature as an actor. However, he outdoes himself as Gaitonde, showing that he is not only capable but miles ahead of his counterparts who might think twice about this kind of role. His character is not only negatively shaded but there are layers to him which audiences may also identify with, placing a very thin line somewhat between what audiences will feel towards him.

Ali Khan’s performance as the central character is intriguing because it is rare to see such an actor playing this kind of character. However, as the story unfolds, he proves to be gutsy, true to his word and passionate about being a cop and, ultimately, this is what will resonate with the audiences, one would hope.

Apte manages to make her no-nonsense RAW agent role full of impact, but the character also has different aspects to her and what she wants to achieve. She seems to be constantly fighting between whether to trust Singh, her instinct or listen to those positioned above her as to what her next steps should be. Apte, as expected, does wonders in her role as Rathod and is a natural on the screen, as anyone who has seen her previous work will vouch for.

The ensemble cast – Neeraj Kabi, Karan Wahi, Pankaj Tripathi, Surveen Chawla, Elnaaz Norouzi, Jatin Sarna, to name a few – are welcome parts to the overall narrative, each bringing through a different shade and aspect to the overall plot. Sarna and Kabi should be applauded for playing roles in which sometimes it’s difficult to tell whether they are on the side of the good or bad. This is something which keeps the audiences on their toes as the switch between the past and history is seamlessly done.

To see actors within the Bollywood and Indian Television arena take up such roles with ease is refreshing to say the least and no doubt freeing for filmmakers in terms of creativity and the desire to create impact with their audiences. What this ‘Sacred Games’ adaptation does is achieve all of this and more as India finally dives into the world of Indian series by Netflix, after already witnessing the same on Amazon Prime. And if this eight-part series is a sign of things to come then audiences should brace themselves for what’s to come. 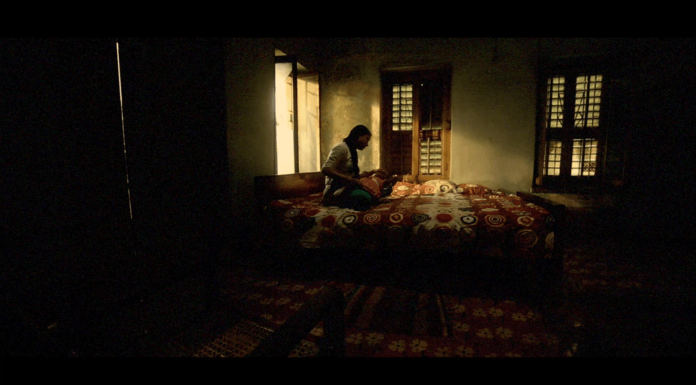 Next articleRiteish Deshmukh apologizes for pictures at Raigad Fort