As part of BizAsiaLive.com ’s tribute to veteran actress Sridevi who sadly passed away on 25th February, we are looking back at the actress’s most iconic songs in Bollywood.

Sridevi was always appreciated for her dancing prowess as well as the dancing styles and costumes she was seen in. As a classically trained dancer, the actress really let herself go in her songs and will always be remembered as a bubbly and talented actress who had some of the songs that cinema will never forget.

Main Teri Dushman – ‘Nagina’ (1986)
This is yet another iconic song of Sridevi’s – Main Teri Dushman from ‘Nagina’. The song sees her dancing like a snake, coming down some stairs and keeping to the moves in all her glory. The expressions on her face show her snake-like attitude towards the snake-charmers and she becomes absolutely the centre of attraction in the title track.

Hawa Hawai – ‘Mr India’ (1987)
The song Hawa Hawai can easily be deemed as perhaps the one that everyone always associates with Sridevi. As she enters in her gold dress and crown, Sridevi’s expressions make the mischief of the entire song a joy to watch. With her background dancers in tow, she stands out in this song even in the lyrics which end up being as iconic as her moves. In ‘Mr India’, Kaate Nahin Kat Te is also a song which is memorable, with a pure declaration of love between her and Anil Kapoor’s character.

Mere Haathon Mein – ‘Chandni’ (1989)
In the wedding song that is popular even today, Sridevi was mischievous and innocent in Mere Haathon Mein from ‘Chandni’. In her vibrant attire and her classical moves, she manages to tease and the song definitely became the ultimate Yash Chopra heroine.

Chudiyan Khanak Gayee – ‘Lamhe’ (1991)
Sridevi played a double role in Chopra’s directorial ‘Lamhe’ and she came together with Kapoor for once again. In the song Chudiyan Khanak Gayee, she is happy but also shows her carefree attitude in her dancing.

Tu Mujhe Kabool – ‘Khuda Gawah’ (1992)
Sridevi shared the screen with Amitabh Bachchan in 1992’s ‘Khuda Gawah’ and the wedding song was the title track. Right from when the fanfare-like music begins at the start of the song, Sridevi’s beauty is truly captivating. In half of the song, the duo aren’t mouthing the lyrics and Sridevi’s eyes do all the talking. She also shows off some of the happiness of being married and in love towards the end of the song and her chemistry with Bachchan is definitely a highlight.

Judaai Judaai – ‘Judaai’ (1997)
In ‘Judaai’, Sridevi is seen once again with Kapoor. The title track is one that is always close to many hearts, being an ultimate separation track. In the film, she was seen in an emotional and comic character who sees her husband fall for another woman. 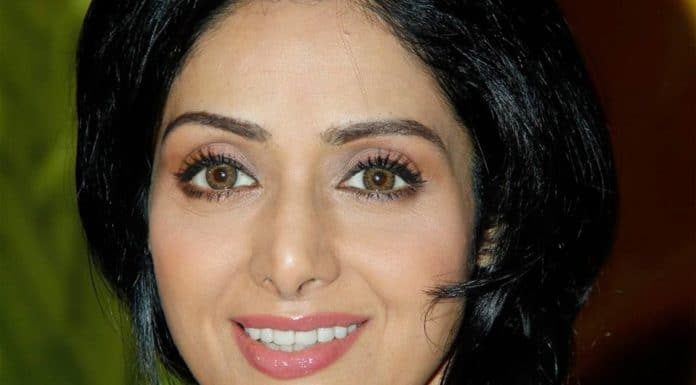 Next articleBirthday Special: Danny Denzongpa – most stylish villain of them all