This actor seems to always look good no matter what the occasion. Whether it’s an important event like an awards show or a casual day he can pull off any look. In his film ‘Rangoon’ (2017) he has a smart look with very short hair and a moustache while in ‘Badmaash Company’ (2010) his look was very cool and hip.

25th February will be the day Shahid Kapoor celebrates his 37th birthday. On this occasion BizAsiaLive.com will look at some of the styles he rocked in his films.

‘Padmaavat’ (2018)
In this much talked about film Kapoor played the role of Mahrawal Ratan Singh, the king of Chittor. It may have been the first time that Kapoor was seen in such a role but it was a delight to see him in a different light.

With shoulder length hair he was seen sporting a moustache and beard which really suited him, this definitely helped to set off the Rajput look. When it came to his costumes he was seen wearing traditional Rajasthani attire in bold colours such as green, orange white and red.

Overall this look really suited him and we hope to see him in such a role again.

‘Udta Punjab’ (2016)
When the first images of Kapoor’s character came out there was chaos as it was hard to believe that this is the same Kapoor we saw in ‘Jab We Met’ (2007). His role was of a Punjabi rock star named Tommy Singh, who didn’t realise where he was taking himself or the youth of Punjab via his music.

Covered in tattoos, long hair down to his back and facial hair it was a different look for Kapoor but he managed to pull it off. It was also visible how much Kapoor had been working on his body as he would share images of his hard work through social media. Just like him his look was very casual he would sometimes tie up his long hair in a bun/ponytail. The sides of his head had been shaved with one side having a word shaved in.

Kapoor was seen wearing drop crotch bottoms with long, baggy t-shirt’s and usually the colours he wore were dark mostly consisting of black. He most definitely got his look of a rock star spot on.

‘Shaandaar’ (2015)
Jagjinder Joginder Singh was the name of Kapoor’s character and he played the role of an event manager or one might say a wedding planner. Kapoor had two looks in the film one was smart while the other was casual.

His hairstyle in the film some would call it a Mohawk but a less dramatic version, it has to be said that Kapoor looked dashing in this look. He would wear mostly slim fit clothing that showed off his muscular physique be it smart or casual. At work his outfits consisted of smart trousers, shirts and a smart jacket.
On his day off he would go casual wearing jeans with a baggy top and his favourite black leather jacket. He liked to finish the look off with his chunky biker boots which looked great with his jacket. Overall the look was cool and Kapoor’s facial hair made him look grown up as well.

‘Haider’ (2014)
From hair to no hair, this was the film that made audiences take notice of Kapoor and perhaps take him seriously as an actor. As they say sacrifices need to be made to attain success it looks like Kapoor took this very seriously and for the role of Haider he shaved his whole head. His fans were shocked to see this look but at the same time impressed to see how far he had gone to perfect his role.

He played the role of a young man named Haider who returns from his studies to find that his house has been destroyed, his father is missing and his mother doesn’t seem to be bothered one bit.

Throughout the film Kapoor had a casual look. In the first half of the film he can be seen with lots of layering to his clothing. There is one scene where is wearing jeans with a dark coloured t-shirt, a checked shirt on top with a beige coloured jacket. In the second half he dresses as a Kashmiri in traditional Kashmiri attire.

‘Kaminey: The Scoundrels’ (2009)
In this film Kapoor had done a double role one of his characters was called Charlie and the other was Guddu. Charlie had a sort of rough look, wet hair and stubble on his face. It is said that Kapoor had worked for around a year to get the body he wanted. There is a scene in the film where he is topless and in that scene his efforts can be seen with his toned body. Charlie is often seen in jeans and fitted tops that reveal his physique.

Guddu on the other hand has a different style. He has a clean look about him and unlike Charlie wears bright clothes. He likes to mix his clothes up sometimes he’ll be seen in a t-shirt and jeans and at other times in an Indian style shirt known as a kurta over jeans.

‘Jab We Met’ (2007)
Kapoor played the role of Aditya Kashyap a businessman who always dressed up in a conservative manner. Half of the film sees Kapoor in a suit with a matching tie and the signature glasses. However when he lands up in Punjab he starts to experiment with his look. The glasses are gone and the colourful Punjabi suits make an appearance.

Kapoor seemed to mould into a Punjabi man well with the suits looking great on him.

BizAsiaLive.com wishes Shahid Kapoor a very happy birthday and all for the best for his upcoming projects. 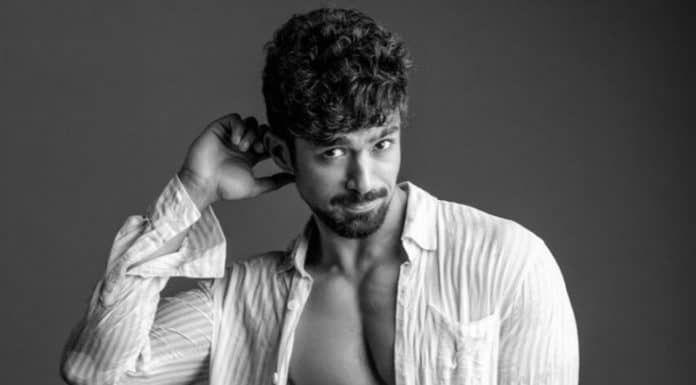 Next articleAbhishek-Aishwarya film soon to be officially announced