&TV’s dance reality show ‘High Fever’ bestowed the winning honours to the popular dancing jodi – Delhi’s Tara Prasad and Sikkim girl Nisha Rasaily tonight amidst much fanfare. Apart from winning a million hearts of the audience, they also walked away with a cheque worth Rs. 10 Lakh. The show introduced some of the most unique and best dancing jodis from across the nation, wowing viewers with their spectacular dance performances. Surpassing standards of dance week after week, the Grand Finale culminated into these jodis creating magic on stage with their sheer talent and ability to showcase heart-touching stories through their acts.

After surviving cut-throat competition and honing their skill for months, the jodis that battled it out in the Grand Finale were – Tara-Nisha, Faizan-Likhit, Tejas-Anshul and Akash-Suraj. While Tara-Nisha won the grand prize, Faizan-Likhit were the first runners-up and Tejas-Anshul were the second runners-up. They were awarded a prize money of Rs. 5 lakhs and Rs. 3 lakhs respectively with a trophy. A special gratification of Rs. 2 Lakhs was awarded to Akash-Sooraj who won maximum golden hammers week on week and displayed superlative dancing. The show was presented by Kurkure and Lloyd while Good Knight Active Plus was the powered by sponsor.

Tara and Nisha have been consistently the top performers of the show and were known for their undeniable chemistry. The unique blend of Tara’s strengths in ballet and salsa with Nisha’s prowess in Indian classical and Bollywood played a part in bringing them closer to the coveted High Fever trophy. Tara Prasad from Delhi has several years of dancing experience, both in learning and teaching various forms such as Salsa, Bachata, Ballet, Hip-Hop and Contemporary. He started learning dance at a very early age and has single-mindedly pursued his passion over the years. His natural grace, flexibility, and astonishing rhythm sets him apart and makes him a highly sought after professional dancer. On winning the High Fever title Tara Prasad said “I have devoted majority of my life to dance and I am overwhelmed by the outpour of love that I have received after winning this trophy along with Nisha. High Fever is the biggest milestone of our career and I only hope that we go onward and upward from here on.”

An overwhelmed Nisha Rasaily added, “I have performed on innumerable stages, but the High Fever stage has given me so much more than the just a trophy. I am taking home a world of learning, new skills to enhance my dancing abilities, a treasure-trove of memories and friends for a lifetime. I am thankful to my family who cheered me on throughout my journey and the judges along with our choreographers who have supported us immensely. This is the happiest day of my life!” Nisha who hails from Sikkim too had dancing genes since childhood and went on to train herself away from home. She later became a noteworthy choreographer and performed all over the country.

An ecstatic Ahmed Khan said, “Tara and Nisha are one of the best dancing jodis I have met till now. This journey of 20 weeks on High Fever has brought us from being complete strangers to becoming a family. They have a unique style of dance and passion for their profession. Winning this show can earn them their biggest break and I’m sure they will make their mark in the industry.”

To this Esha Gupta added, “I am extremely proud of the winners of High Fever. Tara and Nisha have been one of the strongest contenders on the show and their chemistry as dancers has been fabulous. The emotions in their performances has always left us mesmerized. Over a span of a few weeks, I have seen them grow considerably and their journey has truly been inspirational. I hope to see this amazing jodi on the big screen soon.”

Judge Salman Yusuff Khan shared, “Being a part of High Fever has given me many new faces to cheer for and Tara-Nisha being one of them have always surprised me with their dancing talent and unique chemistry. They have definitely won many hearts, but moving forward the journey for them is only going to get much tougher. I wish them all the luck in the world for their career.”

The concluding weekend of ‘High Fever’ was nothing short of a visual spectacle with scintillating performances by the contestants and the three judges – Ahmed Khan, Esha Gupta and Salman Yusuff Khan. The stage also welcomed the fabulous trio – Himesh Reshammiya, Neha Bhasin and Guru Randhawa, judges of the upcoming reality show for ‘kids Love me India’, who engaged in an interesting lip sync battle. Packing in a punch to the Grand Finale celebrations, was comedian Siddharth Sagar along with host Nitesh who left the audience in splits with their hilarious antics.

True to its name, ‘High Fever…Dance ka Naya Tevar’ closed its curtains on a high note for sure, adding two new jewels to the world of dance 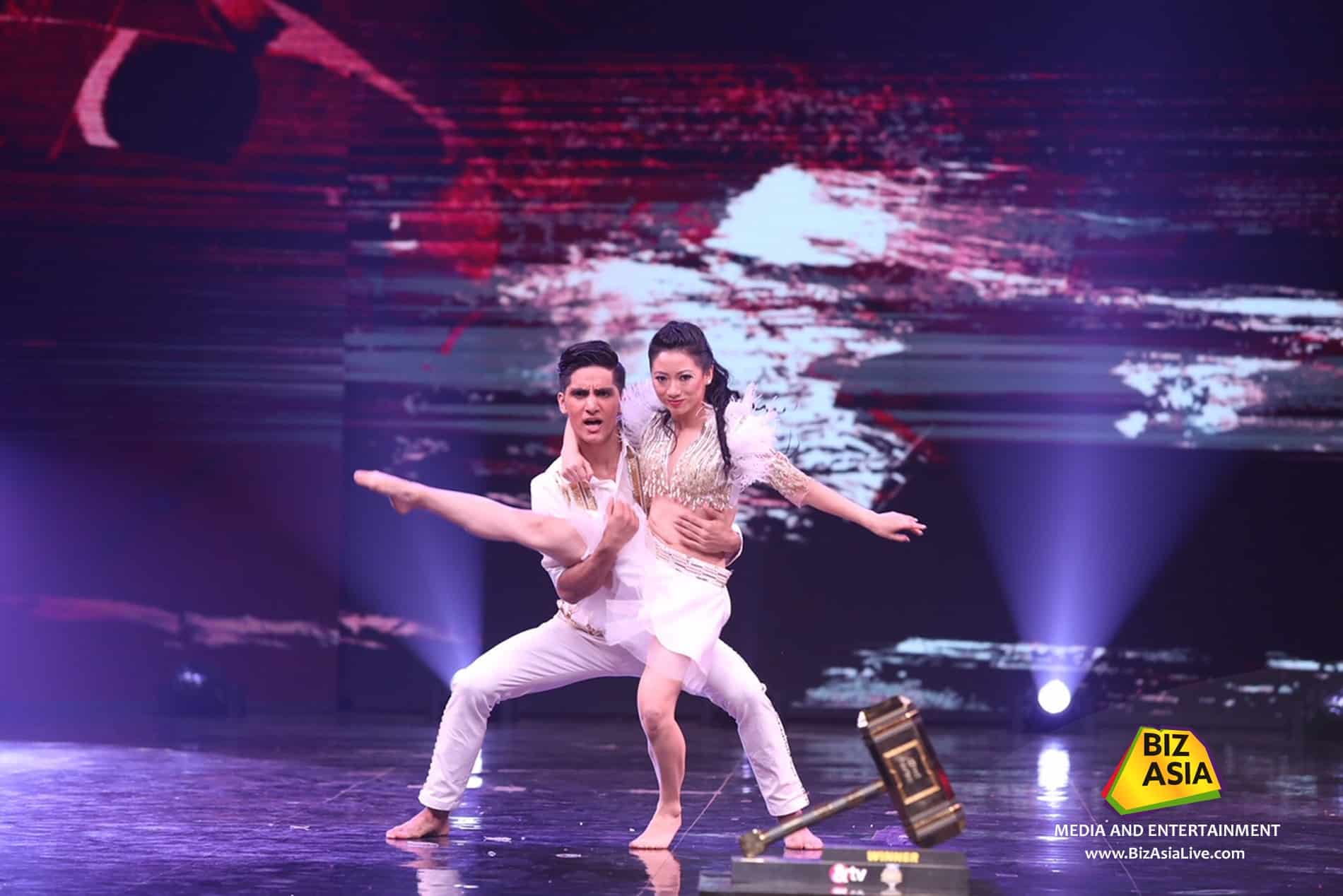 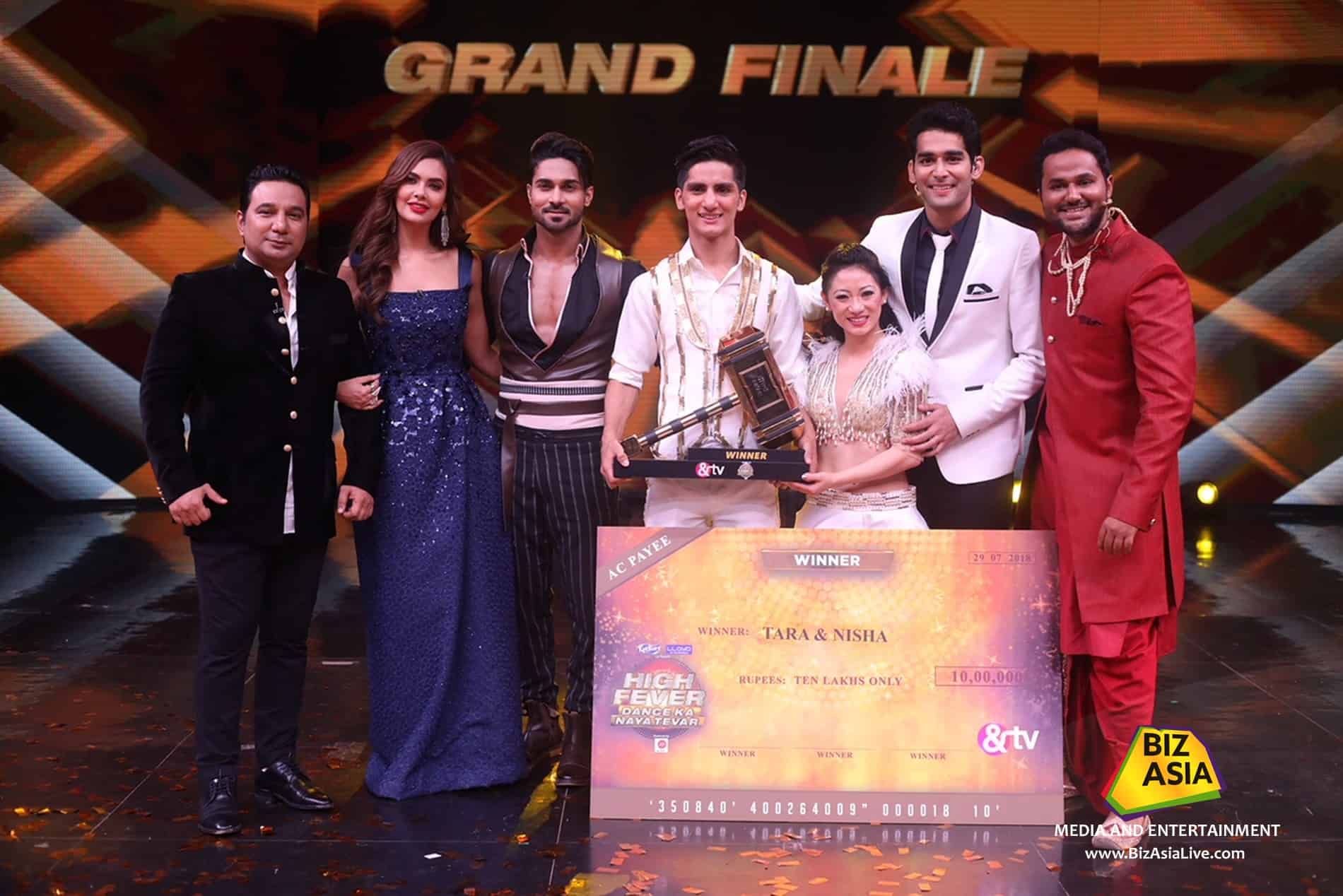 Previous articleAnand Ahuja on balancing a career & a relationship