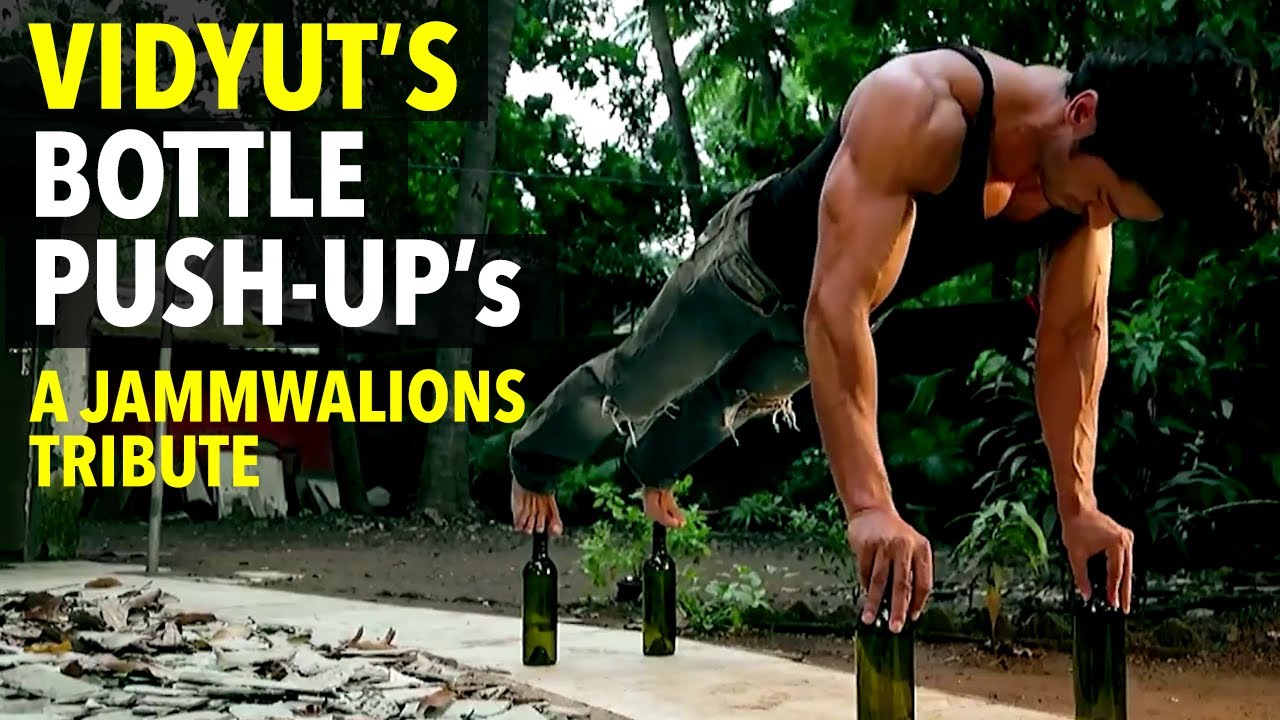 Vidyut Jamwwal is the kind of action icon, who has a lot more in store for his fans than just movies. His chat forum, X-Rayed By Vidyut is India’s first show that catalogues conversations with the biggest action legends and ITrainLikeVidyutJammwal and #AbYehKarkeDekho have been his most trending segments in the digital space. Time and again, the Khuda Haafiz actor has galvanised a wave of fitness across the world and consequently inspired netizens to challenge themselves.

Jammwal routinely receives videos of fitness aspirants trying out his training regimen and as a salute to them, he published a compilation video of them performing one of the toughest push-ups – the bottle push-up. This daring push-up was popularised in India by the actor and watching him ace reps of it can get anyone to hold their breath in anxiety because a minor lapse of judgment or balance can lead to injury. With responsibility towards his fans, he requests them to not try these push-ups unless they’ve trained enough for it. A few of those who did the actor’s bidding, uploaded videos of themselves carrying out bottle push-ups tagging him over the course of time; needless to say the action star was mighty impressed with the dedication of these fitness aspirants.

Reveals a source, “The bottle push-up requires extreme focus, alertness, agility, strength and balance. The fact that so many people could do the bottle push-up means that they trained for it earlier and that is impressive. Vidyut wanted to applaud and salute Jammwalions coming from all age groups for persevering and nailing the toughest push-up there is.”

Apart from the success of his latest movie ‘Khuda Haafiz’ this year, the actor earned the distinction of being the first Indian actor to be on ’10 People You Don’t Want To Mess With’ along with Russian President Vladimir Putin and Bear Grylls of the Man Vs Wild fame. The list had the deadliest warriors, ninjas and martial artists of the world.