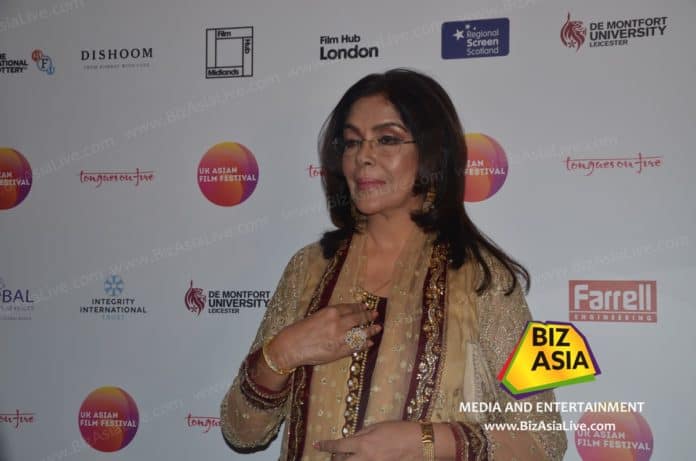 The UK Asian Film Festival, in association with Tongues on Fire, has become one of the most prominent film festivals to be hosted in the UK, where South Asian cinema is celebrated in every way. This year, marking 21 years as a festival, the programmed has been developed to focus on the subject of ‘Revolution’. BizAsiaLive.com recently attended the opening night which celebrated the cinematic journey of legendary actress Zeenat Aman, who spoke about her career, her co-stars, her songs and more.

When asked if she had ever imagined that she would be one of the revolutionary actresses in Indian cinema, Aman expressed, “Nothing was planned. Nothing at all, things just happened in a very generic way. It just moved and flowed and there were opportunities, and I as an actor seized those opportunities. And sometimes it worked out.”

Talking about how movies happened for her, Aman revealed, “I was modelling. I had a lot of very important campaigns in the country, I was doing print and tv modelling and I won a beauty contest. They sent me to Manila to participate in the Asia Pacific contest. So I won that and came back and that opened many doors.”

She went on to add how she was introduced to Dev Anand who was looking for an actress to play a part in ‘Hare Rama Hare Krishna’ (1971). “I was over the moon when I was selected,” she said.

“I wasn’t very familiar with that language that I was working in, I’m sorry to say I was a convent girl and didn’t speak Hindi too clearly. So Dev Anand took my first screen test in English with his cameraman, who approved, so I was signed. And it was appropriate for the part, for this girl from Canada who runs away to Kathmandu and becomes a hippy,” Aman added.

“So there was a bunch of us new-comers, and he wouldn’t shoot with us and we were really getting frustrated because we were just watching him and Mumtaz working all the time. But we learnt a lot form that period through observing them so when it came to our turn, it was almost about two-three weeks into the shoot and we were really raring to go.”

Very well known for some of the most iconic songs to come out of the Indian Film Industry, the actress expressed how she was one of the lucky ones to have brilliant legends working with the music for her films. “I had the good fortune of having R D Burman who was an iconic music director, and Asha Bhosle. I mean they created magic Ashaji sang a lot of my songs and a lot of those songs worked. He (Burman) did the music for a lot of my films and I feel very fortunate as an actor, especially from commercial Hindi cinema, where music is such an integral part of the thing that you do, to have the kind of songs that I did. Whether it was ‘Dum Maro Dum’, or ‘Chura Liya’ or Naziya Hussan ‘Aap Jaisa Koi’, So there was some memorable music which of course bring back a way of nostalgia today when I listen to some of these songs.”

When asked about her opinion on all these old songs now being re-made and remixed, Aman explained how she was all for it and how it’s fine for these mixes to be made.

Aman also revealed how she was all set to move to Europe with her family after ‘Hare Rama Hare Krishna’ (1971) however it was Anand who convinced her to stay back. Once the film was a hit, where Aman bagged a Filmfare award, her co-star wrote a few more scripts for her, and she never looked back.

Aman was also asked about her views on the current #MeToo movement which has bought forward the discrimination women in the industry have faced over the years. “Personally I think it’s very important to validate women,” the actress expressed.

She went on to add,”It important to validate women in all sections of life, whether it’s protecting the girl child, whether it’s working towards eradicating poverty and creating some kind of institutions for young girls, whether it’s promoting fair education for girls. I think education is the key to a successful and independent life and gives young girls and young women the opportunity to create their own future. I think women need to be respected in the workplace and they should be paid properly for the work that they do for sure.”

Looking back at her career, Aman went on to say that though at the time she didn’t realise her success, she can now look back and see that she did do rather well. At the time when she was actually working, she didn’t have time to sit back and consider it all until now. After 15 years being in the Indian Film Industry, Aman knew it was the right time to stop and start the next chapter in life. However, her roles, her films and especially her songs have lived in the hearts of cinema goers ever since.

The UK Asian Film Festival will be running from 27th March-4th May in Edinburgh, Glasgow, Leicester, London and Manchester, with film screenings, talks, book launches and much more. 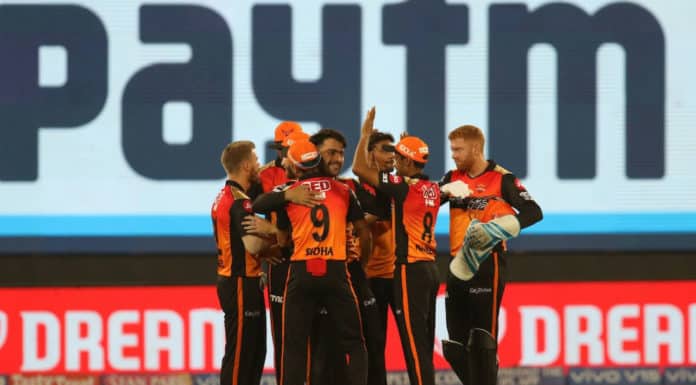 Previous articleOvernights: IPL 2019 continues to give Star Gold lead on Friday in UK