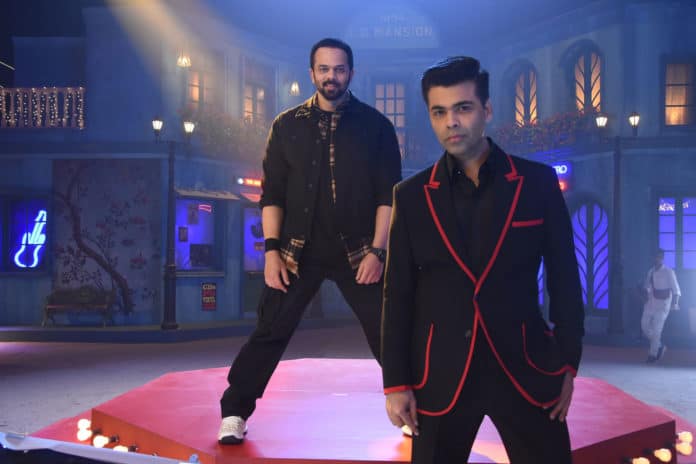 Bollywood is an industry that has always captured the fascination of the country. However, along with the adulation, there is a general perception associated with Bollywood; that it is open only to industry insiders. This popular perception of the industry is further corroborated when we hear the painful stories of the plight of actors who come from outside the industry and struggle here, with a rare few like Amitabh Bachchan, Shah Rukh Khan Akshay Kumar and Madhuri Dixit making it big.

India’s leading entertainer on television, Star Plus, joins hands with the two biggest entertainers of the country, Karan Johar and Rohit Shetty, to create the ultimate opportunity for all young and talented aspirants with no connections in the film industry, opening the doors of Bollywood to everyone, through its latest offering called India’s Next Superstars. The grandest platform of its kind yet, the show promises to celebrate talent and quash perceptions of nepotism to unleash the next movie icons of the country.

Multi-talented film-maker Johar will don the role of a judge, along with Bollywood’s star director Shetty. This fresh combination will take the viewers on a thrilling journey, replete with all the glitz and glamour of the gala rounds on weekends, and the grittiness and rawness of the boot camp on weekdays, capturing the making of India’s next movie icons. The winners of the competition will get the debut of their dreams – the chance to star in a Johar – Shetty project; a co-production of Dharma Productions Pvt Ltd, Rohit Shetty Picturez and Fox Star Studios India Pvt Ltd.; the biggest gratification ever for a talent hunt show on television.

Accompanying the judges on this journey, will be the sweethearts of television audiences, Karan Wahi and Rithvik Dhanjani.

On his association with the show, Bollywood’s celebrated director Karan Johar says, “Most people in our country believe that Bollywood is limited only to a few privileged entities, their kin or their friends. Many talented actors and actresses leave their dream of making it big in Bollywood because of this misconception. Hence, it becomes important for people in the industry to take the onus and break this myth. Star Plus, Rohit and I are teaming up to provide a level playing field to anyone and everyone who dreams of making it big in Bollywood. This show is a call out to all talented performers in the country to come and show their sparkle.”

Sharing about his role as a Judge, Shetty says, “Through India’s Next Superstars, we will try to provide a fair and honest chance to talented individuals, who have no industry connections, to prove their mettle and defy the myths that obstruct their entry into Bollywood. I’m really looking forward to the contestants’ performances on the show.”

A Star TV spokesperson said, “Star has always pioneered in breaking stereotypes and setting new trends, showcasing the progressive Indian mindset. With India’s Next Superstars, the intention is to highlight the shift in popular thinking – where opportunities are available for people with potential, regardless of their parentage or privileges. India’s Next Superstar will provide genuinely talented performers a rare opportunity to fulfil their Bollywood dream and showcase the entertaining yet challenging journey of a superstar in the making. With eminent personalities like Karan Johar and Rohit Shetty, the show promises to be a game-changer in, not only, television, but also film entertainment.”

‘India’s Next Superstars’ will air from this weekend, Saturday 13th January at 20:00. Star Plus to broadcast Hotstar original show ‘Hostages’ this month