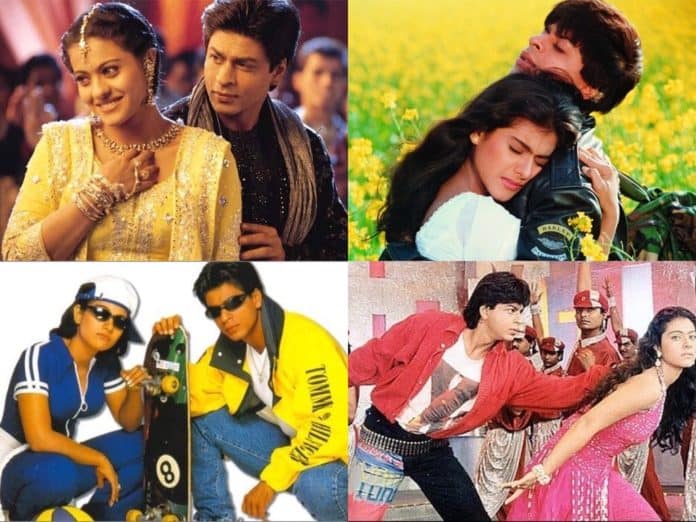 When it comes to deriving inspiration from our favourite on-screen Bollywood pairings, for nearly a decade Shah Rukh Khan and Kajol mesmerised the audience with their heart-warming chemistry riddled with love and friendship remaining inevitable forever. Khan and Kajol were synonymous to new Bollywood. From head to toe, their beauty on the screen swam deep into our eyes and took us with a swirl of emotions. The flamboyant duo showed the true meaning of romanticism on the big screen.

Baazigar
Highly applauded film of the 90s, ‘Baazigar’ plastered with thrilling drama and crime released in 1993. We still stomp our feet on ‘Baazigar’s tantalizing music album, Kajol and Khan shared intense dialogues that seem hard to resist till today. ‘Baazigar’ facade still brings a chill down our spine.

Dilwale Dulhania Le Jayenge
This heart-warmer remains one of the greatest love stories of modern times in Bollywood history. While Raj and Simran’s ‘DDLJ’ pair still tickle our hearts, their epic “train moment” has been reincarnated many a times. ‘DDLJ’ taught us no matter what prevails, convincing family elevates a love story and bring things into a bigger picture.

Kuch Kuch Hota Hai
‘Kuch Kuch Hota Hai’s “Rahul…Tum Nahi samjhoge”! The most romantic dialogues were churned out of 1998’s romantic blocbuster. Evergreen characters like Anjali and Rahul differently ache in our hearts, while their love triangle is a rollercoaster of emotions, it leaves one anticipating for more. ‘Kuch Kuch Hota Hai’ is a classic romance, the sequence where Kajol is head-over-heels-in-love with Khan, surely leaves many fans teary-eyed. Kajol’s quintessential role is a pleasure to watch as she seamlessly dolls up from a rough tomboy to etch a place in Khan’s heart.

Kabhi Khushi Kabhie Gham
In 2001, the Indian film industry highlighted a new flare of family drama and it really worked magic! The heart-warming venture multi-starrer is yet another soup of emotions. Kajol as the girl-next-door essays the role of a desi wife, while Khan balances the act with his dapper attitude. The fun dialogues exchanged between the dynamic duo prove a lot of laughs.

Dilwale
Khan and Kajol’s on-screen Jodi was revamped with a millennial twist. This coming-of-age love story was gripped with nuances of special effects and memorable romantic songs. After five years, Kajol and Khan’s chemistry still leaves their fans smitten. 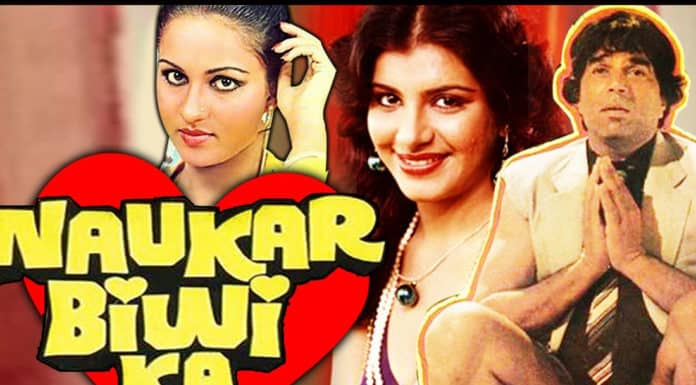 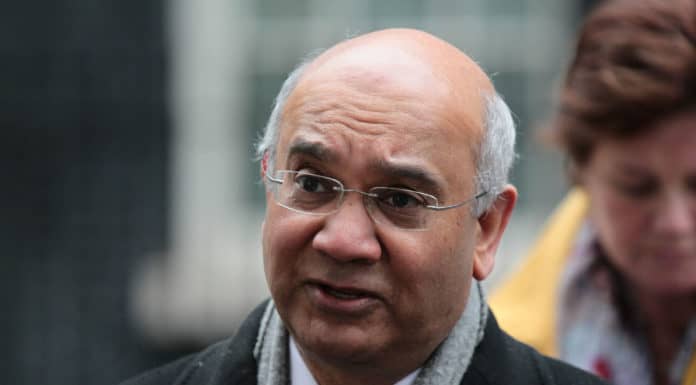 Next articleKeith Vaz not standing for re-election