Home Media Sony TV equips itself for launch of ‘The Kapil Sharma Show’ this...

This time around, Kapil will be seen running a ‘Salha Center’ (Consultancy Business) in a Mohollah with absurd characters. The wealthy dairy kingpin Bachcha Yadav (Kiku Sharda) with his dominating wife Titli Yadav (Bharti Singh) have rented out houses within a mohollah where Kapil Sharma, one of the tenants, runs his consultancy business. To avoid rent, Kapil has made Bachcha his business partner. The other tennants in the Mohollah – essayed by popular comic talent in the industry like Chandan Prabhakar, Krushna Abhishek, Sumona Chakravarti and Rochelle Rao amongst others, are full of quirks and don’t shy away from their antics either.

With celebrities gracing every episode, ‘The Kapil Sharma Show’ promises candid banter and unlimited entertainment every weekend. The first weekend will see the cast of Simmba – Ranveer Singh, Sara Ali Khan and Sonu Sood along with director Rohit Shetty grace the stage followed by the Khan brothers – Salman Khan, Arbaaz Khan and Sohail Khan along with Salim Khan in the following weekend.

After a long hiatus, Kapil, Kiku Sharda, Chandan Prabhakar, Bharti Singh and Krushna Abhishek will be seen performing together packing punches after punches for the audience. Navjot Singh Sidhu will be seen in his elements making appropriate remarks with his trademark ‘shayaris’.

Danish Khan, Business Head, Sony Entertainment Television said, “Kapil Sharma is back on Sony and it’s a New Year gift from our end to our viewers. We are delighted to bring back India’s favorite comedy show. This season is produced by SK TV and Banijay Asia and they have done an excellent job. I am certain this season of The Kapil Sharma Show will surpass the success of the previous seasons.”

Salman Khan for SK TV added, “I am happy to announce my foray into television production with the launch of India’s most celebrated comedy show – The Kapil Sharma Show in association with Banijay Asia. I am delighted to associate with Sony Entertainment Television for my first TV venture. Nadim Qureshi – Founder and Managing partner of SK TV and I are committed to deliver quality content that entertains and unites families.”

Deepak Dhar, Founder and Chief Executive Officer, Banijay Asia said, “Bringing back a show of such an iconic stature is challenging and exhilarating at the same time. At SK TV and Banijay Asia, we believe Kapil’s comic timing and mass connect is second to none, and we aimed to bring back that same appeal at a much larger scale along with fresher elements that add tremendous value to give audiences their perfect weekend watch.” 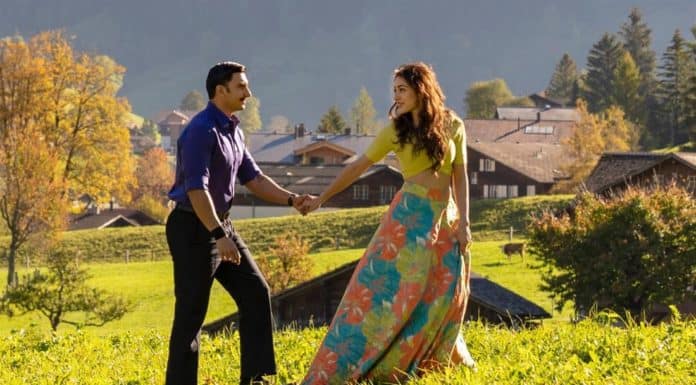