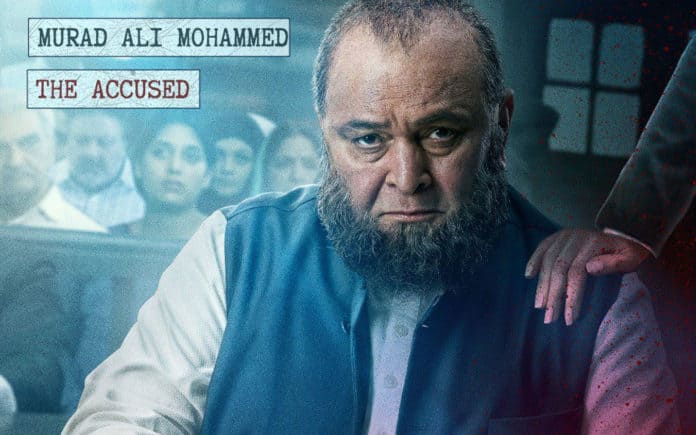 Ahead of the Rishi Kapoor starrer ‘Mulk’ releasing, the film production company – Benaras Media Works Limited, find themselves embroiled in a property rents dispute with tenant Vandana Punwani, who filed an application with Dindoshi sessions court.

The background behind this case is that Punwani claims that the Benaras Media Works Limited has links with the movie and hence the release of the film should be stayed till the dispute is resolved. Reported on Mumbai Mirror, in the application, it says that in 2011 the agency had taken on rent Punwani’s bungalow in the city with a view to convert it into office space. But, when the necessary permissions from the civic body was not obtained, the agency apparently refused to pay Punwani’s rent, who then decided to file an application to put a hold on the release of ‘Mulk’ until matters have been resolved.

At the sessions court, Judge M H Shaikh today granted an interim stay on ‘Mulk’, resulting in a second hearing on the 2nd August a day before the intended release date. The director of ‘Mulk’ Abhinav Sinha attended the sessions court represented by Vibhav Krishna, who said the claims made were false.

“Punwani in her application has made false claims that the Benaras Media Works has links with Mulk director Anubhav Sinha. These are not true. We are yet to receive the court’s order staying the release. But tomorrow we will either seek clarification from the same court or approach the Bombay High Court,” said Krishna.

Sinha who responded to the same said, “If someone has mischievously misled the court and if the court has really passed such an order we shall move a petition to vacate the same. Logistically all arrangements are in place to release the film on August 3.”

‘Mulk’ which stars Kapoor and Taapsee Pannu in lead roles, is a film about a Muslim family trying to reclaim its lost honour and is slated to release on the 3rd August. Previous articleErica Fernandes: “Today, whatever I do, I know the value of things”