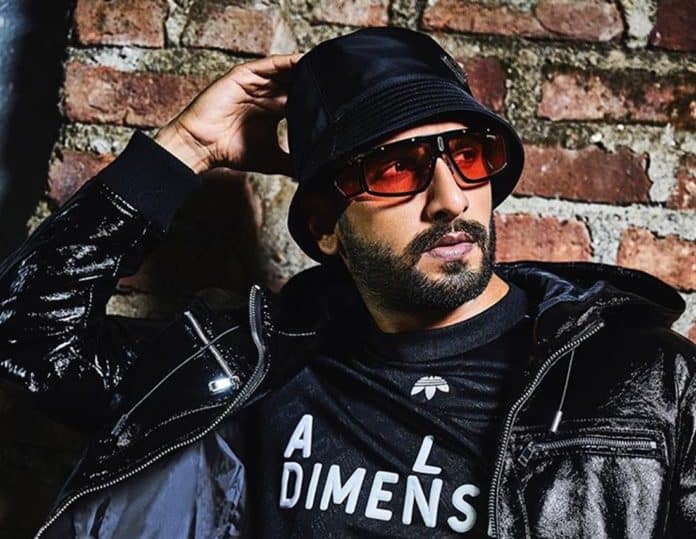 Ranveer Singh had a phenomenal 2018 and he’s already taken 2019 by the horns with his next release ‘Gully Boy’ which is slated for release this week. It’s his second outing with Zoya Akhtar and his first film with Alia Bhatt and it’s already got so much buzz around it due to the tribute to the upcoming rapper community in Mumbai. From playing a rich kid in Akhtar’s last to a man from the slums in this, Singh is all set to wow the audiences once again.

BizAsiaLive.com’s Amrita Tanna caught up with the actor ahead of the Berlinale premiere and the film’s release.

Congratulations for last year. ‘Padmaavat’ (2018), ‘Simmba’ (2018), and you got married as well.
What a year, it has really been incredible. Starting the year of with ‘Padmaavat’ the kind of success… it’s as good as it gets. Then I thought not a lot could top it and then ‘Simmba’ came along and topped it. For me, it opened up a whole new dimension. It was a new genre, first time I was “in and as”. I didn’t expect it to become the kind of success it has been. ‘Padmaavat’ was meant to come in the year previously but it got delayed and it came in the same year.

It’s been very heartening to see what’s happening after ‘Simmba’ and especially after the ‘Gully Boy’ trailer came out, I’ve always tried to, very consciously, be recognized as a versatile artist. Somebody whose filmography is very diverse, somebody who is able to play a very wide variety of characters. It happened a little in 2014 with ‘Lootera’ and ‘Ram Leela’ coming out in the same year. Then a little bit in 2015 when ‘Dil Dhadakne Do’ and ‘Bajirao Mastani’ came out in the same year. And then after ‘Padmaavat’ and ‘Simmba’ in the same year and right at the back of it the ‘Gully Boy’ trailer, the talk about the versatility in my repertoire has really become significant now. It’s very heartening for me because it’s what I’ve always endeavoured to being. I’m trying to be the best actor I can possibly be, and for me, the best actors are the most versatile actors because there’s no good or bad in acting, there’s no better or worse, it’s all subjective. So by what measure can you be regarded as an artist who’s getting better? As an artist who’s becoming more and more versatile. Growing up, I thought the best actors were the ones who were completely different in everything that they do. I’m just trying to be recognized as a versatile artist. And now, after 2018, with ‘Gully Boy’ coming out that conversation is really significant and I’m really happy about that because that means that I’m somewhere or the other achieving what I’m endeavouring to.

Your looks for ‘Gully Boy’ remind me a lot of ‘Band Baaja Baaraat’. Eight years later, does it feel like you’re coming full circle where your looks are concerned?
I think it’s got to do with the natural, floppy hair and the lean physique. One has to stay true to the demands of the character. I always try to change my appearance and physique in accordance with what the character is. This guy is a young kid in his early 20s, he goes to college, much like that Delhi boy Bittu Sharma. Therein lies the similarity in terms of the age and demographic maybe. So I think that’s where the core similarity lies.

I don’t think anybody experiments with their look as much as me. ‘Ram Leela’, ‘Bajirao Mastani’, ‘Dil Dhadakne Do’, ‘Simmba’, Khilji are all completely different. That’s one thing I really trip on. I like to make these drastic changes in my appearance when playing different characters. It’s the last part of my characterisation. My wife jokes with me that every six months, when I go from film to film, she gets to meet a new person. It’s something I do for the sake of characterisation. I’m always somebody who makes distinctive choices when it comes to characterisation. I try and change and transform at every level, the voice, the way I walk, talk, sit, change the way I look. Having that kind of transformable quality is very important for me. It means I’m growing and evolving as an actor.

‘Gully Boy’ is not just a story about a rapper trying to make it, it’s much about him trying to transcend his class, going against his parents. What kind of personal connection do you think you have the character?
I find the story and character is relatable to a very large number of young people because he’s faced with a kind of conflict that is pretty universal. When I watched the rushes of the film, I told Zoya “the most amazing part your film is that yeh har ghar ki kahaani hai, yeh har ladke ya ladki ki kahaani hai.” At some point everybody is faced with this conflict: what is it that you want to do with your life? Do you want to take what seems to be the easy route and get stuck doing something that gives you no fulfilment for the rest of your life? Or do you want to take a path that is a little bit more difficult but is in pursuit of what you’re really passionate about? I think every young person has been faced with this choice at some point in their life. Whatever struggle I have had in my personal life, whether it has to do with family or career, it is something I have been able to tap into in order to bring to my character’s journey as well. So I think that is what constructs the performance, when an actor is able to tap into his or her own life experiences to bring that into what the character is feeling and experiencing. That’s what it’s all about.

You’re working with Zoya Akhtar again after ‘Dil Dhadakne Do’, playing two very different characters. How would you describe the way she’s portrayed this story?
Zoya and I had made a very special connection when we worked together on ‘Dil Dhadakne Do’. It was an ensemble film and it was almost unsaid between us that we would collaborate on something where there was more for us to do together. So she bounced various ideas off me, each one better that the other, and I hope those films also materialise but she eventually decided upon this.

She is a director, a filmmaker, who is very gentle and very nurturing with her actors. It’s like mother and child. She’s somebody who really values and respects the interpretation of every person who is contributing towards the filmmaking process. She’s somebody who truly embraces the collaborative nature of filmmaking. Everyone’s contribution makes a film. Zoya is someone who really allows actors to bring their own interpretation of the character, of the scene. She’s always listening; she’s always open to ideas. She’s a director who’s truly collaborative, even if it is the cinematographer or even hair and makeup, or any technician. She allows everybody’s interpretation because she knows that that is what this creative contributor to the process is convinced of, that is what is born out of their instinct. And if it’s born out of their instinct, it can’t be wrong. She has a tremendous amount of value for that, and that’s what I find the best part about working with her.

The best part about working with Zoya is, her approach towards filmmaking is a truly collaborative, creative process. She has a knack of attracting people who gel really well together. She’s very particular about her entire unit. She needs a fluid and happy working atmosphere. She’s somebody who backs herself by bringing together an elite bunch of artists and technicians. Her homework is so strong. She empowers herself before she even goes into shoot. So with her, the shooting process is extremely fluid. When we’re on set, we’re not thinking about how to execute or achieve what we have to, all our energy is directed towards how do we better what we already have. She’s a really, really fine filmmaker and, I think, among the most elite filmmakers of our century. I’m very honoured and blessed to have worked with her for the second time.

You’re coming for your first shoot in London for ‘83’. How are you feeling about that?
I have shot a few ad films in London before. I didn’t discover London as a city until very late in my life, but once I did I absolutely fell in love with it. We’re going to be there for at least 4 months during the principal shooting of what is going to be an extraordinary experience, because the story of the 1983 world cup and the story of these fine gentlemen, these living legends is an amazing story. These are really extraordinary human stories and one of the most glorious chapters in our history. I’m very honoured and very proud to be associated with the film and entrusted with the responsibility of capturing on celluloid one of the greatest stories. When the film was pitched to me I didn’t realise how amazing of a story it was. There is an entire generation who doesn’t know who these guys were and what they went on to achieve and in such spectacular and extraordinary fashion. It’s really one of the most amazing stories I’ve heard in my life.

The training is on in full swing. We’re training pretty much every morning. The entire team is training for 4 hours every the morning. I’m working on my batting, bowling fielding. Very soon, after the release of ‘Gully Boy’, I will be jumping into characterisation and transforming myself into the living legend Kapil Dev. I’m very excited to be working on this film and I’m going to be there for 4 months, shooting the film entirely in one stretch in the UK. It’s something I’m really looking forward to. 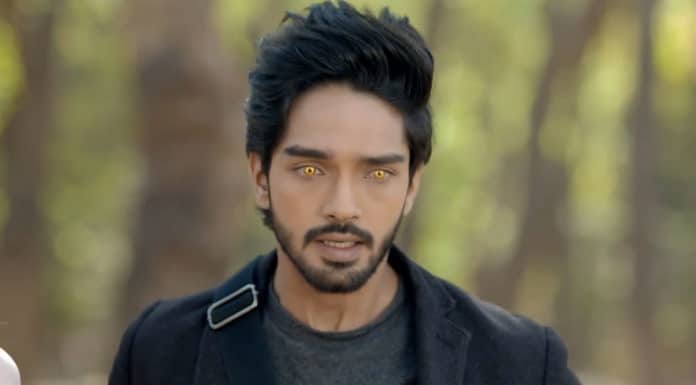 Previous articleUK Ratings: ‘Nazar’ surprises by beating ‘YHM’ at No.1 in weekly chart