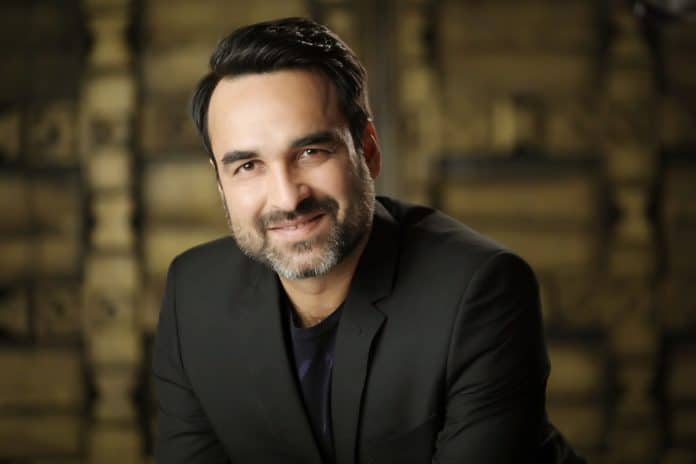 Pankaj Tripathi who has been on the receiving end of critical acclaim for his many performances, has said that he never intended on pursuing a career in Bollywood.

Reported on Mid-day, Tripathi who has been seen in films such as, ‘Gangs of Wasseypur’ (2012), ‘Fukrey’ (2013), ‘Gurgaon’ (2017) and ‘Newton’ (2017), said he’s grateful for all that he has achieved over the past five years, but would rather be at home with nature. “I am really thankful for whatever I have got in the last five years. It is great, really. But I want to see myself somewhere else.”…”I want to build my farmhouse where I will do organic farming, I want to pet some animals, and some beautiful flowers should be there in the garden. I want to live close to nature, along with my family.” Further adding, “Acting was never my first priority. This is not life… this is a part of life. That does not mean I will leave acting. It is just that I want to come, do the performance that I love and go back to nature.”

Talking about the film ‘Newton’, which earned Tripathi a mention in the 65th National Film Awards, he explains how audiences outside of the continent a far more interested in stories that reflect the culture and society of India.  “It could be anything – our political culture, society, tribes…I think that is why they found the story of ‘Newton’ interesting. ‘Newton’ is everything in one. I think those audiences know how to appreciate a good performance.”

Tripathi shares why he believes the audiences loved the concept of ‘Newton’, “I think one of the main difference is that our audience wants to watch a film that is fast with action, drama… There, at least people who came for our screening, knew how to appreciate insightful narratives.”…”That is why films like ‘Masaan’, ‘Nil Battey Sannata’, ‘Newton’, ‘Gurgaon’ and our upcoming ‘Angrezi Mein Kehte Hain’ are made. We are growing slowly as an audience, and are surely getting mature to watch new content.”

‘Angrezi Mein Kehte Hain’ will see Tripathi in his first romantic role. “This is the first time that I am part of one of such a love story which is very sweet and real. I am playing my own personality. You will get to see the real me in the character I have played. I am playing a small part with merely three scenes in the film, but that plot leaves a mark in the main narrative. That is the beauty of my role in the film,” says Tripathi. Next articlePlea against Salman Khan & Shilpa Shetty rejected by court