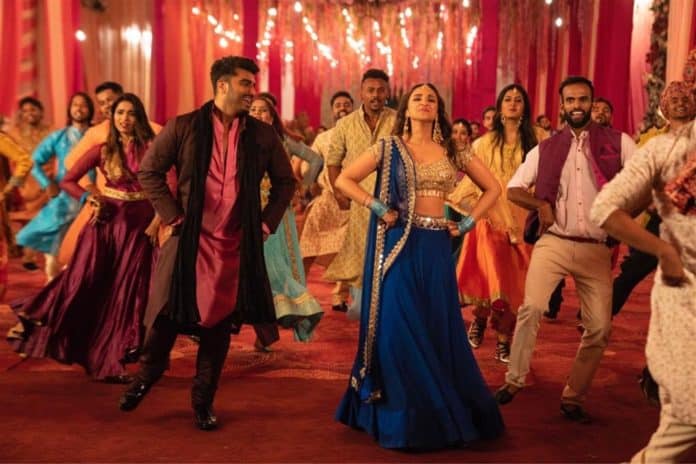 There is a good amount of lyrical content as well considering it a 6 min song filling in the space here with Akhtar’s lyrics going from strength to strength with each stanza.

Vipul Shah is taking over the UK one step at a time per decade. After ‘Namaste London’ (2007) it is now time for his next release ‘Namaste England’ (2018) starring Arjun Kapoor and Parineeti Chopra in the leading roles. The story doesn’t seem new following in the footsteps of ‘Badrinath Ki Dulhania’ (2017) with a love story in modern India with the man following the women’s ambitions into foreign land. But the cast is new for the ‘Namaste’ series with the pairing of Kapoor and Chopra going from Punjab to London. Musically, the album should have the best of both music worlds going from Bollywood Punjabi to UK Bhangra with a lot of romantic tunes. The amazing Javed Akhtar and Mannan Shaah lead the album with hit-maker Badshah and UK boy Rishi Rich joining forces on this album.

The album opens with a romantic ballad called Tere Liye in the voices of Atif Aslam and Akanksha Bhandari. The soft deep voice start turns into a very high-pitched chorus that only Aslam can deliver with a rustic gravelly voice. The uniqueness of his voice and delivery style makes this song stand out as a lead song for this soundtrack. He brings Akhtar’s lyrics alive in an iconic way bringing a lot of emotion to the story that Akhtar has penned in his brilliant style. Bhandari delivers a few lines of Punjabi vocals in a nice controlled way complementing Aslam well. Overall the song has character and is quite memorable. Shaah’s composition is rather cliched and feels like something from an early 2000’s movie with very basic instrumentation.

Rishi Rich collaborates with Badshah to bring back his 2006 UK hit with Master Rakesh next. Bhare Bazaar was a rage in the UK when Rishi Rich took the UK Bhangra scene by storm and now over a decade later the song will finally create its mark in the mass market thanks to his collaboration with rap superstar Badshaah. Musically the song seems to have been slowed down a bit but with a sexy bassline added to it to make it more Bollywood fitting… and it works! The Punjabi dhols have been removed to add a more urban electronic beat making the music is a perfect dancefloor burner. The interesting bit of the song is the vocal takeover by Vishal Dadlani replacing Master Rakesh and he does it super well. His energy is electrifying and is matched well by Payal Dev and Badshah of course. His rap piece is cheeky and fun yet again with his unique delivery style that is crude but stylish at the same time. Overall this is a good remake and the dance video with the stars will add a lot more party shelf-life this songs success.

Dhoom Dhadaka is a brilliant composition with the stunning vocal of Shahid Mallya. A romantic song at its core but with a fun and classical twist at the same time which is the brilliance of Shaah’s composition. Mallya’s vocal has lot of depth and gives the song its rustic classical touch. His range and control is stunning. Antara Mitra supports well on the bridge vocals. Akhtar’s lyrics are also the highlight of the song with tons of cuteness to its young romantic story. The Punjabi essence of the song is quite endearing that give the song a lot more character which is very cleverly done with a great mix on the lyrics, music and vocals. The music has all the bits from dhols to bass to shenaai wound up together in an intricate mix making this a great song to listen to.

Shashaa Tirupati delivers a sexy jazz ballad next with Kya Kahoon Janeman with a very smooth vocal. There is a little depth to her voice but the vocal styling is perfect for a sexy sultry song. The slow jazz arrangement by Shaah is quite engaging and well composed. The electric guitar solo and a brilliant sax solo on the bridges are simply amazing to listen to. The instrumentation is quite cool overall and very well arranged. Akhtar doesn’t disappoint with his lyrics either keeping it sexy and smooth with even English wordings thrown in making it a good love song for 2018. The mood setting of this song is a late evening, soft lighting, candle light dinner setting which has not been touched by a music director in Bollywood in a while. Perhaps another signer could have done a better job with the song but overall it works well.

Badshah brings back his 2006 Punjabi hit with Diljit Dosanjh – Proper Patola. Badshah has almost changed the complete arrangement of the song introducing a brand-new melody and brand-new Hindi and Punjabi lyrics while keeping the chorus intact. His oomph and style are impressive as always in lyrics and vocals while Aastha Gill ads more of the stylish club vocals to her female lead vocals. although it’s difficult to say if this new arrangement and lyrics actually do work or not. It’s quite different and seems to mellow the an already mellow urban Punjabi song. The melody is engaging and with a few listens does catch on but perhaps the original is a lot better that this one.

Shaah & Akhtar collaborate with the amazing Rahat Fateh Ali Khan and the Faridi brothers on Tu Meri Main Tera next. A qawalli composition at its core, the music is a Bollywood blend and modernised qawali arrangement. Shaah manages to keep the consistency of the music with a good amount of Indian instrumentation in there giving the great Rahat Fateh Ali Khan a lot of room to shine and ride over the music. His vocal cannot be faulted and has some phenomenal stability even at very high notes. Recording his vocal must have been the hardest part of this song considering the range he delivers ever so effortlessly! Akhtar saab’s lyrics are worthy of a careful listen over a few repeat plays as they have a lot of meaning and depth even with inherent sadness built in it. He summarises the setting of the song where Kapoor embarks on a long illegal journey to London just to get to Chopra for his profound love for her. This is a good song no doubt but being a background song it might not get a chance to shine as much as the other songs on the album.

Mannan Shaah gets on the mic himself for Ziddi Hai Dil. He is a good singer with great tonality to his voice and decent control even at the high pitches. He almost sounds like Rahman at the top end of his voice but goes a little too thin in his vocal texture making it almost piercing to listen to. The instrumentation is quite interesting here as there is a blend of urban beats with tabla, piano, deep bass and a fine violin section all layered in together giving this song a lot of ambience and range. There is a good amount of musical content here and it is balanced but it sounds a bit extreme & overdone at points. There is a good amount of lyrical content as well considering it a 6 min song filling in the space here with Akhtar’s lyrics going from strength to strength with each stanza. But overall there is an inherent mediocrity within the song that will keep it as a filler background song for the film only.

FINAL WORD
The soundtrack of ‘Namaste England’ sounds similar to that of ‘Namaste London’ at times which is good as an identity considering it is part of the series and comes from the Vipul Shah film house. It has it’s high points and a few lows too but is a well-balanced album overall. It has the typical commercial characteristics of a Bollywood soundtrack with a couple romantic, a couple party and a couple background songs. The good thing here is that the background songs are not average filler songs but an attempt has been made by Mannan Shaah to put some good meat on the bone. His focus on live instrumentation and arrangement is audible in the songs creating a more wholesome music. Tere Liye and Dhoom Dhadaka are great songs to listen to with Atif Aslam and Shahid Mallya delivering great vocals. Kya Kahoon Janeman & Tu Meri Main Tera are good songs to check out as well with the former bringing back the sexy sound while the latter is a vocal masterpiece thanks to Rahat Fateh Ali Khan. Javed Akhtar is consistent with his lyrics throughout delivering good poetic rendition to this story. Party boy Badshah perhaps will bring in the most amount of commercial success to this album with his Bhare Bazaar collaboration with Rishi Rich that is a total dancefloor burner and will easily climb the charts. Proper Patola will get some easy success too with its historic brand name. The album works overall for the young TG it caters to and should thus make its mark in the pre-Diwali season. 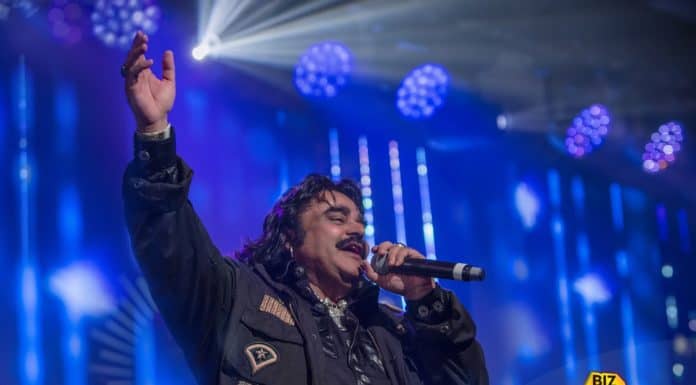 Next articleParineeti Chopra has marriage on the mind