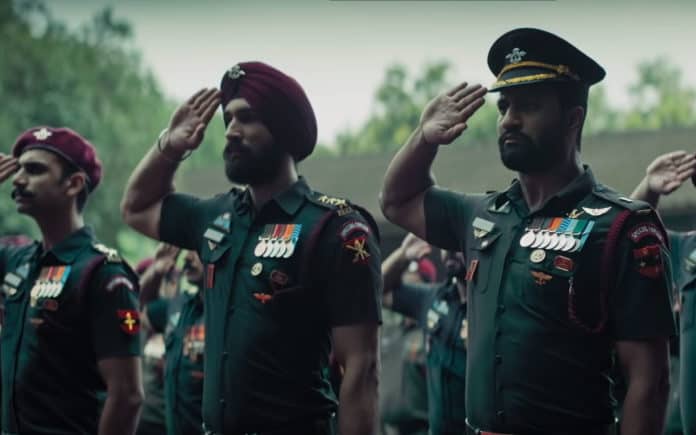 Vicky Kaushal ruled 2018 with so many films and online content. He’s started 2019 being in the year’s first release, ‘Uri: The Surgical Strike’, based on real-life events. Along with Yami Gautam and debutante Mohit Raina, this Aditya Dhar debut directorial promised a gritty and engaging watch based on the Indian Army operation of surgical strike on a Pakistan terrorist cell. However, does the film deliver cinematic brilliance in the way one hopes?

Major Vihaan Singh Shergill (Kaushal) is the leader of his troops on a number of operations. When he’s posted in Delhi instead of being granted compassionate leave due to his mother’s ill-health, his brother-in-law Karan (Mohit Raina) who is a serviceman heads off to do his duties. In an unexpected turn of events, things change for the entire family and Government officials and the army decide on surgical strikes to ensure Pakistani terrorists pay for their encounter on Indian troops not long ago and they look to head to Pakistan Occupied Kashmir. Shergill wants to return and be a part of the operation. Will he be granted permission to and will he play a part in bringing them home safe?

Dhar marks his debut with ‘Uri: The Surgical Strike’ as far as feature films go. He’s also written the story. There seems to be a completely different dimension brought to the story by him. His detailed outlook and treatment as well as the way he portrays each character and the roles they have in the significant story is truly something that lifts this story for the cinematic audience. The back story of Kaushal’s character proves particularly effective in the grand scheme of things and the viewers immediately feel a sense of comfort about this. There’s an understanding that these are good people who have circumstances against them in many ways. Aside from this, the way various parts of the plot are shown on screen are hugely impactful – be it the way army personnel aren’t always serious, their camaraderie, the bond between the Shergills and Kashyap’s, to name a handful of things. It all works in the film’s favour overall and this is a great way of keeping the audiences invested as the story unravels. Executing a story which is based on an event many will remember clearly is sometimes not as easy as it possibly could be but Dhar has been successful in doing so.

The fabulous performances in this film are led by Kaushal and this is something not unexpected. He fits in to the character of Shergill so well that you feel patriotic for him, the pain he feels and the pride he feels throughout. This is central to the entire film and Kaushal yet again delivers a performance which one can’t really find any fault with. Yami Gautam, who plays a RAW agent, isn’t seem much on screen but still manages to have a lasting impression. Paresh Rawal as an intelligence and law enforcement officer whose character is based on Ajit Doval and also gives an applauseworthy performance as expected. Kriti Kulhari as an IAF officer looking to do something significant to show her patriotism in memory of her late husband is a welcome addition to the cast. TV favourite Raina, who marks his debut in this film, is one character that really steals your heart. His presence on screen is poignant and he leaves a lasting impression in his short role.

It is refreshing to see a commercial film which doesn’t rely on its soundtrack to see it through. The songs from the film are within the narrative and this is hugely effective for the overall story and film, giving a real feel to it and keeping the songs simple but emphasising a certain feeling. This works very well.

To conclude, it would be wrong to say that this film doesn’t make you feel all the emotions as a member of the audience. This is what one goes to the cinema for and this is what you walk out of the theatre feeling. Kaushal’s performance is what holds the entire film together and it’s difficult to see what other actor would have fit in quite as perfectly. The ensemble cast are also worthy of their parts and this is basically why ‘Uri: The Surgical Strike’ will be one that many remember. It’s a great tribute to the Armed Forces in India but also a reminder to all the audiences around the world of the service personnel and their sacrifices which keep citizens safe around the world. 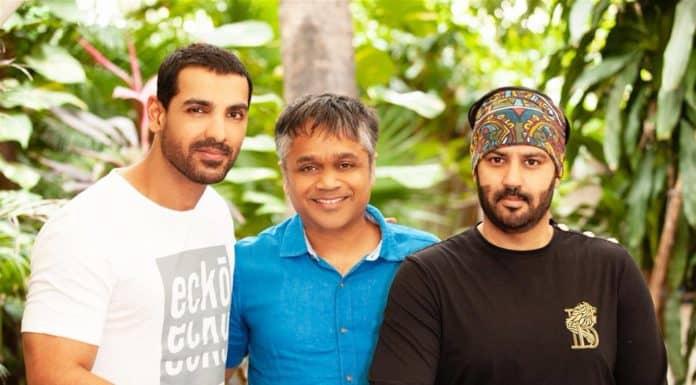 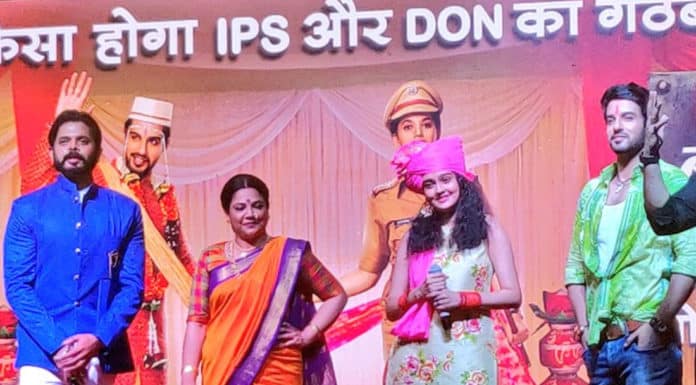 Next articleColors to spruce up weekday 21:00 slot with ‘Gathbandhan’