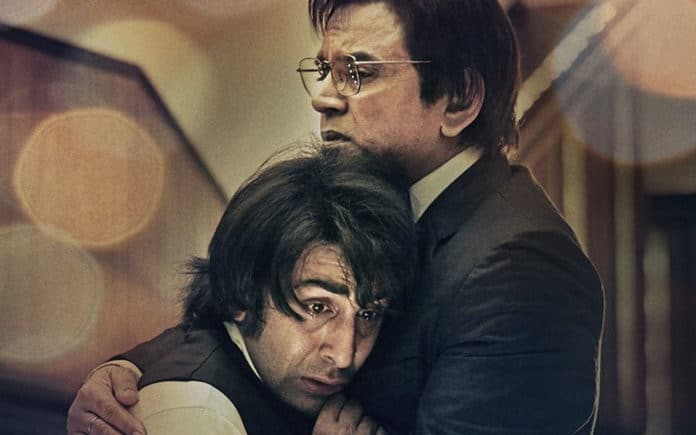 There’s no doubt in saying this is one film for all to go and watch, and one which is gives an interesting insight to the world that surrounded Sanjay Dutt.

When Rajkumar Hirani announced that he would be making a biopic about megastar and close friend Sanjay Dutt, there was excitement as to what will be revealed and who will play the larger-than-life role. However, when it was confirmed that the filmmaker had signed Ranbir Kapoor, many eyebrows were been raised, including those of Dutt’s himself. However when the trailer released, and it was evident how well Kapoor had transformed himself into Dutt, audiences couldn’t wait to see the full picture.  With the likes of Manisha Koirala, Sonam Kapoor and Anushka Sharma playing different roles, it raised even bigger questions as to how the film will come together to tell such an incredible story.

After firing the first man who drafted what was to be his autobiography, Sanjay Dutt or Sanju (Ranbir Kapoor) finds he is to be sent to jail for illegal possession of weapons and has a month to surrender. Before he makes his move, however, he is determined to find someone who will write about his life. With the help of wife Manyatta (Dia Mirza) Sanju goes to meet Winnie Diaz (Anushka Sharma) who at first refuses his offer. However, after coming across quite a shady and odd character, attempting to wean her off writing the book, Diaz becomes intrigued. Still juggling with her decision, she meets Sanju who tells her how all the controversies started, how he knew the strange man whom he called God (Jim Sarbh), his relationship with his Mother Nargis (Manisha Koirala), an even more predominant one with his father Sunil Dutt (Paresh Rawal) and difficult relationship with the media. The more Diaz investigates, the more she realises there’s more to this big hefty looking controversy magnet than anyone would ever imagine there to be.

Hirani is probably the only filmmaker that can make a film based on Dutt’s life, but with the actor having been through so much, it seems the filmmaker had to choose what to include wisely. And with many people from his life having apparently requested to not be represented in this portrayal, the outline of the story was arguably all more easier to tell. Hirani has represented a very important part of Dutt’s life, focusing on the controversies and scandals that the actor had been faced with since the start of his career. He has also been careful not to glorify the actor where he did wrong, but instead honestly showing how Dutt took on the consequences of his actions. The most interesting part of the film is how Hirani has represented the bond between father and son. It is one that was, though difficult, full of love, respect and support. Another clever trick Hirani has placed throughout the film is the ideology of how the media works to influence the minds of others. He includes this almost as though a character in itself, and it becomes simple to see that there’s a particular message for all, which will start the audiences thinking about their own way of looking at things and how they consume media stories.

Signing Kapoor to portray Dutt was the best decision Hirani made on this film. Kapoor is an absolute chameleon in getting into the crux of Dutt’s persona. Getting all his nuances and actions right down to the tee, the audiences instantly feel it’s Dutt playing himself on screen rather than someone else. The way Kapoor transforms physically and emotionally as the character is represented is remarkable, and it’s almost unbelievable how much alike both Dutt and Kapoor seem to look. Rawal fits into the role of Sunil Dutt brilliantly too, and though they may not look much alike, he plays the doting father who never gives up on his soon perfectly. The chemistry between Rawal and Kapoor is another important highlight of the film, where they draw into real emotions that many parents and children go through. Additionally, though her part is limited, Koirala is simply refreshing to see on screen. Her attempt at portraying the evergreen Nargis in impressionable and heartfelt, and as viewers you can imagine her (Nargis) herself having had the same conversations with her son. Sharma and Mirza are both very well established actors, who play their roles convincingly and impress the audiences with their chemistry with Kapoor. Vicky Kaushal has an outstanding performance as Dutt’s best friend Kimli. Posing as the positive influence in Dutt’s life, the audiences warm to him in an instant and can vouch for him to pull through with his friend all the way till the end. Boman Irani as the fatherly figure, Sarbh as the bad influence and Sonam Kapoor as the first love who bears the brunt of it all are also brilliant additions to the ensemble cast. They are both convincing and leave a marking impression with the audience.

There’s no doubt in saying this is one film for all to go and watch, and one which is gives an interesting insight to the world that surrounded Dutt and those that were and are close to him. For those hoping to finally find out the juicy gossip of all his love affairs and friendships that were all so predominant in the media, however, will unfortunately, be left short and probably a little disappointed. This was never going to be a film about revealing all the details, but instead, it’s a story about how an ordinary guy dealt with having an extraordinary life. Though Hirani has presented Dutt through Kapoor in this setting, by the end of the film, one does realise he is in actual fact a larger than life character. Having bore all the consequences for his actions, Dutt has in fact been through it all. And now, all that’s left to do is to sit back and take it all in. 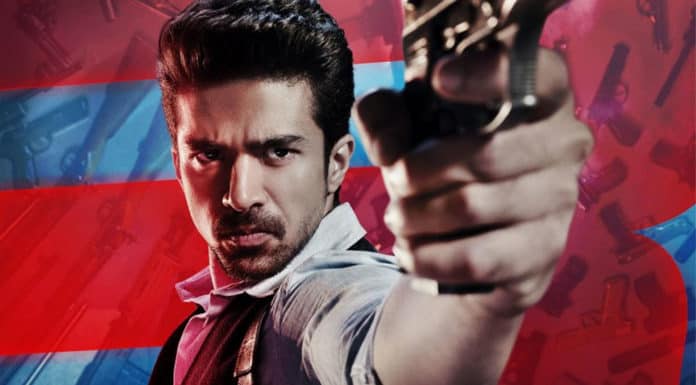 Next articleMallika Sherawat to play lead in ‘The Good Wife’