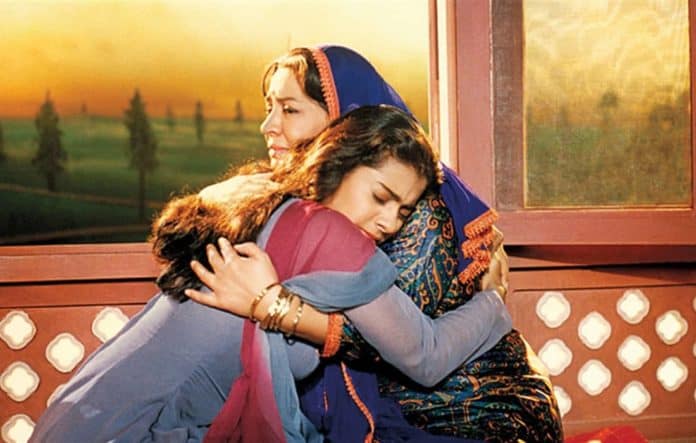 Mothers are an ocean of love who shower their children with everything they have. At times they take on other roles too such as a father, a teacher and at times a friend. Who can forget the 2009 film ‘Paa’ in which Amitabh Bachchan played the role of a 12-year-old named Auro with Vidya Balan as his mother in the film. Their relationship was less of a mother and son one and more like two friends who made fun of one another.

This Mother’s Day, BizAsiaLive.com looks at five films in which both the mother and her offspring had a friend-like relationship.

Aisha & Aditi in ‘The Sky Is Pink’ (2019)
Zaira Wasim played the role of Aisha who since birth had an incurable illness. Due to her illness her parents faced many difficult times, struggling to decide what is right for their child. Aditi (Priyanka Chopra Jonas) had always been super protective of Aisha. At the same time she wanted her to experience everything she could before it was too late. There was a point when she wanted her to fall in love and tried to set her up with a boy which sadly didn’t work out. However the relationship between Aisha and Aditi was such that the daughter had given her mother the nickname Moose and if one heard their conversations they would most definitely be shocked. Meaning they were mother and daughter but at the same time the best of friends.

Rhea & Bobby in ‘Hum Tum’ (2004)
Bobby was an extremely colourful character played by Kirron Kher. She was funny, loud and always offering advice. Her straight to the point talk would sometimes make Rhea (Rani Mukherji) feel a little uncomfortable so in order to stop her she would say in a loud stern tone ‘Mama’ at which Bobby would either make an excuse or correct herself. Either way Bobby had a caring nature and she only meant well for her daughter and those around her. Rhea loved her mother a lot as she was the only relation she really had, likewise it was the same for Bobby. Rather than mother and daughter they seemed like good friends who knew what the other was feeling without the other one saying it.

Simran & Lajjo in ‘Dilwale Dulhania Le Jayenge’ (1995)
Lajjo (Farida Jalal) is a housewife whose whole life revolves around her husband and two daughters. One day Lajjo comes across Simran’s (Kajol) diary in which she has written her thoughts in the form of poetry. Simran maybe her older daughter but when she wants to read her diary she insists that when daughters grow up they become their mother’s best friend at which Simran agrees and shares her writing with her. Lajjo was sweet, caring and always wanted her daughter to achieve everything she couldn’t. Simran also loved her mother a lot and shared everything with her even when she falls in love her mother is the first person she tells.

Insia & Najma in ‘Secret Superstar’ (2017)
Insia (Zaira Wasim) and her mother Najma (Meher Vij) had a sweet relationship. Insia was free spirited with many dreams in her eyes and her mother wanted her to fly high. Even though Najma was restricted by her husband to do certain things she would try to do as much as she could to make her children happy. When Insia wants to make videos of herself singing online it is Najma who like a good friend supports her and finds a way for her to make this dream a reality.

Mili & Manju in ‘Khoobsurat’ (2014)
Anyone that has seen this film would have to admit that the mother and daughter relationship Milli (Sonam Kapoor Ahuja) and Manju (Kirron Kher) had was different to anything seen before in Bollywood. They were less like mother and daughter but more like best friends. Milli called her mother by her name which at times surprised people because they couldn’t imagine doing that themselves. Like any mother though Manju was there for her children and their relationship was such that if they had any issues they could speak to her. Milli often discussed her love issues with her mother at which Manju would make fun of her but would give her great advise.

The team at BizAsiaLive.com wishes all the mothers around the world a happy Mother’s Day!