Malayalam actress Malavika Mohanan, will be making her Bollywood debut in Majid Majidi’s ‘Beyond The Clouds’, starring Ishaan Khatter.

In an interview reported on TOI, Mohanan, spoke about how her goal was to be in a Bollywood film, which has now come true.

‘Beyond The Clouds’ has sparked a lot of interest, Mohanan was asked if she felt intimidated as a newcomer.

“There isn’t much nervousness because the people involved are masters in their craft, right from Majidi sir to Rahman (AR Rahman, music director) sir. There’s a sense of security, faith and excitement, because the film has been made with so much love and passion. Our focus was always on the story, which is the real hero of the film. Having said that, I do get a bit apprehensive when I watch my scenes. As an actor, I keep thinking that I could have performed better. I am extremely self-critical of my work, and I need to get over that habit (smiles).”

On the subject about films which achieve critical acclaim, but don’t always get the box office success they hoped for, Mohanan shares that this isn’t something she worries about.

“That was never a reason for worry. In fact, I was excited to be a part of this film, because for any actor, it’s a once-in-a-lifetime opportunity. How often does Majid Majidi come to India to make a film? I was particular about beginning my innings in Bollywood with a good film, because the kind of people you start your journey with is very crucial. I feel blessed that everything fell into place. I have never judged a film by its label or stereotypes; I don’t understand them and prefer not to use tags to define films. For me, it’s either a good film or a bad film. What really annoys me are sexist films, where stalking a girl, kissing her against her will or even slapping her butt is portrayed as heroism. I find such films really uncool. I hope that as an industry, we put an end to it, because films do influence young minds.”

From the start ‘Beyond The Clouds’ has been known as Ishaan Khattar’s debut film, Mohanan was asked if she felt this would overshadow her performance?

“It indeed is Ishaan’s debut, but I hope that all the actors get their share of attention. I came on board just 10 to 15 days before the shoot commenced. Once you sign a film, you need time to mentally prepare yourself for the role; 10 days were hardly anything. So, at that point, my attention was solely on the script — I wanted to deliver my best and prove to Majidi sir that I am a good actor. I never bothered about the other aspects and I hope that doesn’t change. There was so much scope to perform in this film and I believe that if you do your job well, you will succeed. I hope people like my performance, because a lot of hard work has gone into it. It was emotionally and physically challenging.”

Though Mohanan got off to a great start in Malayalam movies with ‘Pattam Pole’ (2013) , she hasn’t quite followed the traditional path of doing a spate of films as a newcomer before branching out. Instead Mohanan has been selective, was this intentional?

“In the South industry, it’s normal for actors to do five-six films in a year. However, I didn’t want to lose my focus by doing too many films. My long-term goal has always been Hindi cinema, but that doesn’t mean that I won’t act in Malayalam films. I have grown up in Mumbai and I feel a sense of belonging to this city. My father (KU Mohanan), too, works in this industry, but I never took his help, because he is very shy. He came from a very small town in Kerala without any money and support, and today, he is one of the top cinematographers in India. I come from a privileged family and the least I can do is to make it on my own. I have spent a lot of time in Mumbai meeting casting directors. Nobody offers you a film on platter here, very rarely do you get spotted and cast.”

Having now worked for both Bollywood and Mollywood, Mohanan was asked if there was much difference.

“I feel that the vibe of ‘BTC’ is similar to that of a Malayalam film. It’s like one big family; even during lunch break, nobody retires to their respective rooms. In fact, there are no vanity vans on Malayalam movie sets. Everyone, including the biggest stars, sits together for lunch. Everyone is treated as an equal. However, on the sets of Hindi films in which my father has worked, actors return to vanity vans after their scene has been shot. Here, you sometimes see a kind of discrimination where people don’t interact with those who are junior to them (as far as their position in the industry is concerned). On the set of ‘BTC’, we ate and spent time together. Also, like Malayalam movies, we gave utmost importance to the story. I feel that a lot of Hindi films get lost in ego tussles ki kisi ko please karna hai…”

Mohanan went onto share of her active campaigning in college against eve-teasing, with her ‘Chaapal Maarungi’ campaign and being a voice for other students.

“It started as a college project and was widely covered in the media. College girls are the most vulnerable to eve-teasing. Unfortunately, a lot of girls have this attitude ki chhodo rehne do, what can we do? So, it was just our way of saying that it’s not okay. You have to retaliate if a man touches you inappropriately and without your consent. I have had friends who have slapped the miscreants. At some stage, I would like to revive the campaign.”

‘Beyond The Clouds’ will be releasing on the 20th April. 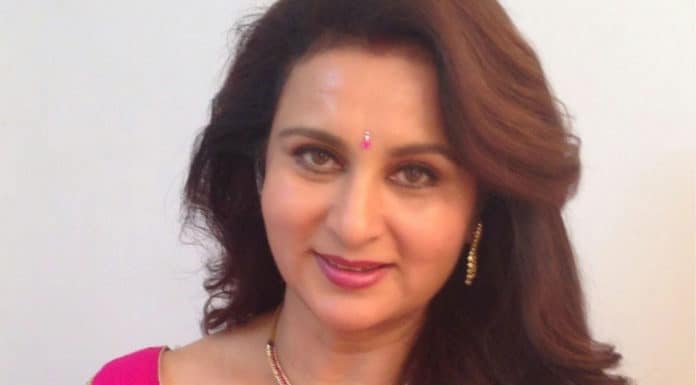 Next articleAamir Khan on his role in ‘Thugs of Hindostan’