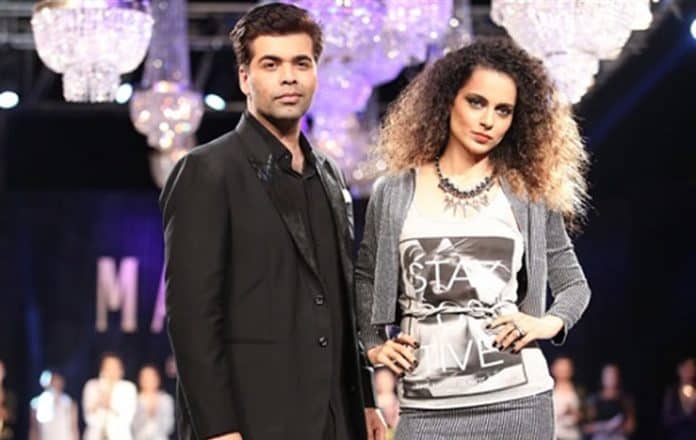 After the whole nepotism debate, Karan Johar and Kangna Ranaut were reportedly having a war of words with each other through their various public appearances. However, it seems they might just end up coming face-to-face for ‘India’s Next Superstars’.

Johar is judge on the recently launched show and Ranaut may well be attending to promote her next movie ‘Manikarnika’. The former was asked about this possible occurrence and he replied, according to Times Now, “If the channel invite Kangana Ranaut, we will be very happy to have her. Hamara dil bada hai aur ghar khula hai… hanste -khelte unka swagat karenge. With due love and respect”.

Johar had invited Ranaut on the last season of his chat-show ‘Koffee with Karan’ and it was this that sparked the whole debate. To see them together once again, sharing the same panel would definitely be interesting viewing. Previous articleKatrina Kaif reveals details about her role in ‘Zero’ Next articleSonam Kapoor & Anand Ahuja to marry in April 2018?