Home Media India Ratings: ‘Ishq Subhan Allah’ gets off to a flying start 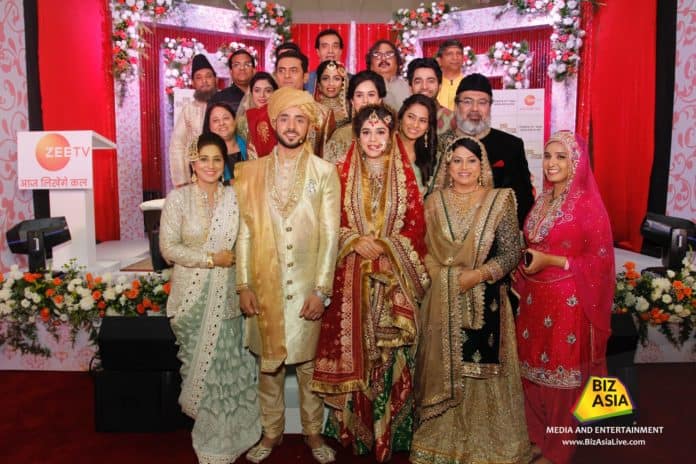 ZEE TV recently put the spotlight on Triple Talaaq with its new fiction show ‘Ishq Subhan Allah’ introducing viewers to the turbulent love story of Zara (Eisha Singh) and Kabeer (Adnan Khan) – an Islamic couple dealing with the issue first-hand. Raising pertinent questions about women having a say in the system of divorce and sending out a strong message of women’s empowerment, the show opened with 8460 impressions (‘000s) in HSM and 5346 impressions (‘000s) in Urban markets. This milestone opening gives the show the leadership position in the 10pm slot and the pedestal of being the second highest opening weekday fiction show of the financial year amongst pay Hindi GECs, second only to ZEE TV’s ‘Kundali Bhagya’ that had opened with 5796 impressions (‘000s) @ HSM- Urban in its launch week.

Commenting on the ratings, Deepak Rajadhyaksha, Deputy Business Head, ZEE TV said, “In keeping with our brand philosophy Aaj likhenge Kal, it is our constant endeavor to present viewers with progressive stories that are not only entertaining but also provoke them into thinking differently, get inspired, take charge of their destiny and work towards an extraordinary future. With Ishq Subhan Allah, we bring audiences the love story of a Muslim couple where the man and woman beg to differ on matters of interpreting and applying religion to their daily lives. We have dwelled into the issue of Triple Talaaq which was never spoken about in a prime-time fiction show. The response that the show has received in its opening week stands testimony to the the universal applause and the warm welcome given to the show by Indian audiences.”

Year 2018 has started on an upbeat note for ZEE TV with each of its fiction launches bringing forth a strong message inspiring the masses to introspect and question prevalent mindsets. Be it ‘Aapke Aa Jane Se’ that questioned whether an older woman needs a license to love a younger man or ‘Kaleerein’ that highlighted the sad reality of Indian society expecting women to change for marriage, each of the channel’s new propositions have resonated very strongly with the great Indian middle class. With the all-round acceptance of the path-breaking ‘Ishq Subhan Allah’, ZEE TV sure seems to be leveraging the strong brand equity it has built in the Muslim social drama space that it pioneered with the immensely successful ‘Qubool Hai’ that ran into three glorious seasons. Next articleUrdu1 Europe re-launches on Sky