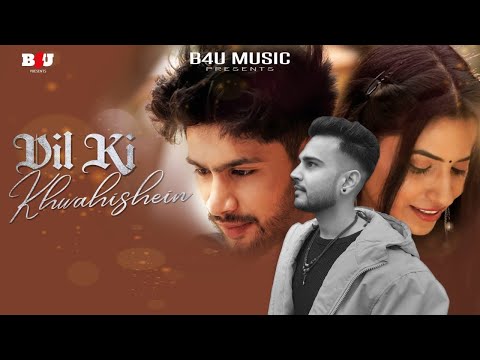 Leicester based singer, Utkarsh Dave has released his latest single, this time through B4U Music.

The song titled Dil Ki Khwahishein, is the singer’s second release after the success of Aao Doob Jaaye last year.

His passion and love for music brought him to ‘Rising Star 2’ in 2018 where he represented UK in the international special episode. He performed in front of legendary singers of Bollywood- Shankar Mahadevan, Monali Thakur and Diljit Dosanjh. He was also awarded ‘Best Male Singer’ at the Asian Glitz Awards (LAGAs) by the renowned Bollywood music director – Anu Malik.

He said, “I am extremely delighted to have received the positive reactions from the digital audience, friends & family. I am grateful to the team of B4U Music for their immense support. I am thankful to – Director Jitendra Singh tomar of JST Films and his entire team who managed to complete the video of ‘Dil Ki Khwahishein’ despite the present circumstances. I am also thankful to the Music Composer & Arranger of this song, Late Akash Shah who had given his heart & soul into this track. Preet Surati has beautifully penned the lyrics which gives the song a romantic feel.”

Previous articleOvernights: Sony TV inches closer to Utsav Plus on Friday in UK

Next articleOvernights: ‘Saadi Marzi’ premiere puts Pitaara at No.2 on Saturday in UK