The show boasts of a a huge cast including legend Sajid Hassan, Anoushay Abbasi, Imran Ashraf, Sonia Mishal, Aiman Khan and Shahroze Sabzwari. The show is written by Qaisra Hayat who was behind the hugely successful series ‘Alif Allah Aur Insan’. It is directed by Nadeem Siddique. The shooting of ‘Aabgeenay’ is currently taking place in Karachi.

Prior to this, Shan was working as host on Zing’s weekly production ‘The Film Show’. He has also fronted shows like ‘Brits Bollywood’, ‘Rock The Vibe’ and ‘Zing Jukebox’. He also worked in two films including ‘7 Welcome To London’ and ‘London Life’. 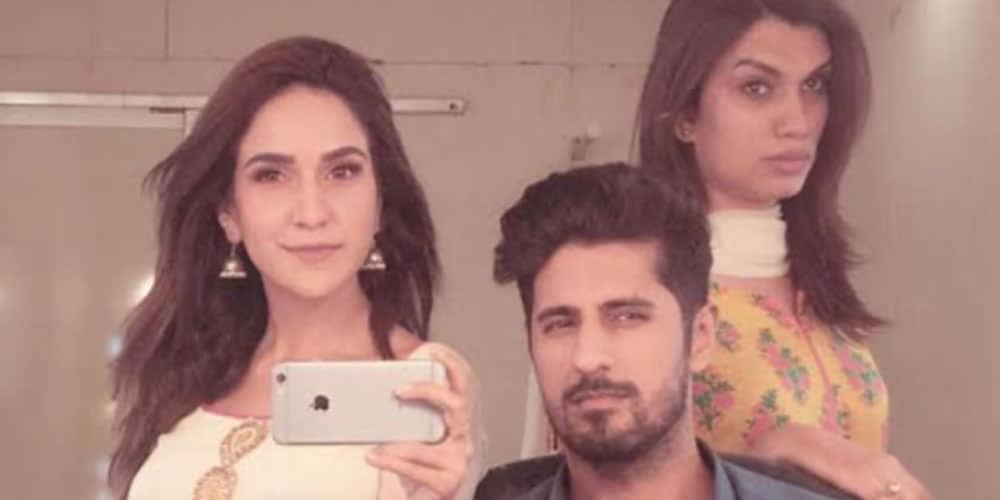 The trained actor is one of the first British Asian TV stars to appear in a regular commercial fiction on a leading entertainment channel. Talking to BizAsiaLive.com , Shan said, “I’m very excited to be working with the team of Aabgeenay, who is fantastic! I’m looking forward to seeing viewers reaction when the show goes on-air.”

Faysal Mansoor Khan, Head of Content at Geo TV told BizAsiaLive.com , “We were looking for someone who could play the guy next door. Subdued and a conformist. Asad was on my Facebook and I’ve been keeping an eye on him and then Adeel Suri (GM productions Geo Entertainment) floated his name in a meeting and I was like yes I know the character he fits in. We were delighted to lock him in this leading role and now he is working really hard and we are very excited to share ‘Aabgeenay’ Insha Allah, Asad has talent and the zest to excel and I am sure he will go places in our industry.”