Eros Now has confirmed that it will commissioning original show ‘Metro Park’ for a second season.

The series received several prestigious accolades and popularized the concept of e-pooja in many places, setting an all new trend in the state of Madhya Pradesh. Taking fun, a notch higher, ‘Metro Park’ season 2 will have exciting new additions joining the hilarious clan.

This Eros Now’s Original series begins by showcasing the quirks and eccentricities of the everyday life of desi Indians living abroad. The first season stars Ranvir Shorey, Pitobash, Purbi Joshi and Vega Tamotia in lead roles. A newly married couple, Kannan and Kinjal, who’re expecting a baby, live in an apartment in New York and plan to shift to Metro Park in New Jersey which is close to Kinjal’s sister’s house (Payal). Kalpesh, Kannan’s brother-in-law runs an “American” convenience store called “Pay and Run” in the heart of India-town in New Jersey and lives with his wife Payal who runs her beauty salon. As Kannan and Kinjal move into a neighbourhood where most of the residents are Indians, they find it difficult to adjust with the suburban atmosphere. The story takes the audience through various stages when the two couples find it hard to deal with different situations in their environment.

Speaking about the brand-new season, Ridhima Lulla, Chief Creative Officer, Eros Group, said, “Given the success the show enjoyed for its first season, taking things a notch higher with season 2 was an easy decision for us! The worldwide popularity and viewership season one received was because the characters and milieu were modern and relatable. We are thrilled to have created such funny, charming, relatable characters, and we promise our viewers around the world will be delighted to have another season to look forward to.”

‘Metro Park’ season 1 had premiered in March 2019, and the exciting new season 2 will be streaming soon. 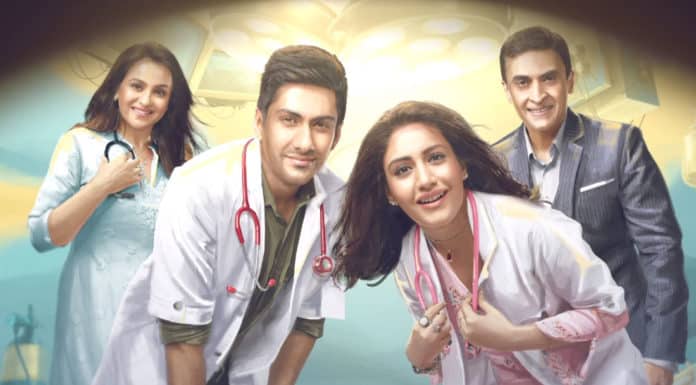