A week after Sridevi’s death was confirmed, her husband Boney Kapoor has shared what happened on that fateful night when the love of his life passed away. He told his account to trade analyst Komal Nahta who shared it on his blog.

Nahta wrote on his blog that Kapoor had surprised Sridevi in Dubai, after she was in Dubai for his nephew Mohit Marwah’s wedding. He explained that this was one of very few times that the actress had gone abroad without him. On the night, he said he freshened up in the room after surprising her and then she had gone to get ready. Nahta quotes, “Said Boney, “I went to the living room while Sridevi went to the master bathroom to bathe and get ready.” In the living room, Boney surfed channels to watch the South Africa-India cricket match but after spending around four or five minutes doing that, he chanced upon another channel which was showing the Pakistan Super League cricket match highlights. He watched the match for around 15-20 minutes but was beginning to get restless thereafter because he was aware that being a Saturday, there would be a rush in the restaurants. It was around 8 p.m. then.

Boney’s impatience made him shout out to Sridevi from the living room itself. After calling out to her twice, Boney lowered the volume of the TV set. Still no reply. He then walked to the bedroom and knocked at the bathroom door and even called out to her. The unsuspecting husband, hearing the tap inside on, then called out “Jaan, Jaan” still louder but got no reply, which was unusual. He panicked and opened the door which had not been bolted from inside, nervous but yet not at all prepared for what he was going to see. The tub was full of water and Sridevi was immersed completely, from head to toe, inside the tub. Devastated, he reached out to her but watching her motionless, he feared the worst.

Sridevi had drowned! Boney’s world had come crashing down. He himself was drowned in sorrow and misery as the centre of his world had passed on to another world. Boney’s sweet surprise to Sridevi just two hours back had given way to the worst shock of Boney’s life because it all happened so suddenly. Sridevi, who had gone to get ready for her dinner date with hubby Boney, had, by an unfortunate turn of events, actually and unwittingly started to get ready for her final journey.”

The actress’s ashes are expected to be immersed today in Rameswaram. 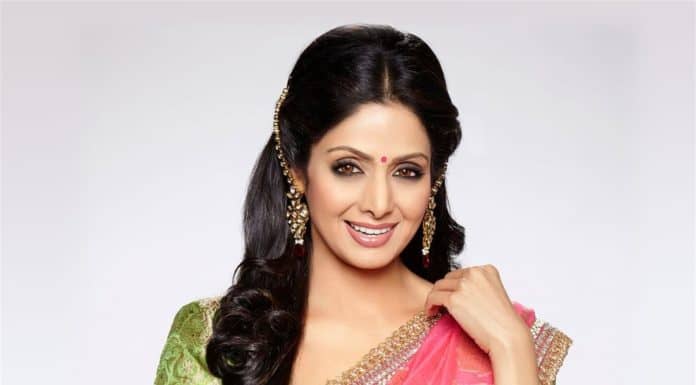 Next articleRequest for Bharat Ratna in Sridevi’s honour put forward