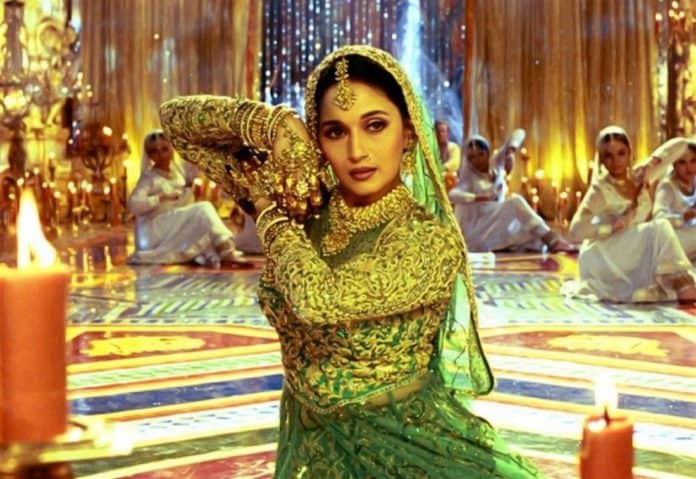 Talent, grace, looks, beauty, brains, phenomenal moves and a kind heart, name it and she has it all. Perhaps one of the most-loved, critically and commercially acclaimed actors of all time, Madhuri Dixit turns 52 on 15th May. After a successful 35 years span at the industry, she still remains the evergreen dancing queen of Bollywood. From Ek Do Teen to Tabah Ho Gaye, she continues to dance her way into the heart of the audiences. Her strong acting prowess equipped with her unparalleled dancing skills has won her a series of remarkable roles and made her a leading actress from the 90s.

She is the recipient of six Filmfare Awards and was listed by Forbes as one of the top-five highest paid Hindi film actors in 2001. She was also honoured with Padma Shri, India’s fourth highest civilian award in 2008 for her contributions to art and cinema. On the occasion of her birthday, BizAsialive.com looks at five dance sequences that won hearts across the nation, among various others.

Ek Do Teen from ‘Tezaab’ (1988)
This highly popular Bollywood countdown number is still a buzzing hit among the masses. Not only was it Dixit’s breakthrough performance in Bollywood but it also made ‘Mohini’ a household name, one that she is still fondly addressed as. Compelled by her drunkard father Mohini performed onstage against her will as Dixit received her first taste of success. Choreographed by legendary choreographer Saroj Khan, her piquant hook step encapsulated within a subtle innocence established her dexterity and won million hearts in the country.

Dhak Dhak from ‘Beta’ (1992)
It was with this iconic song that people was introduced to this completely new side of Dixit. The track became an overnight sensation and she started turning heads wherever she went. Hailed as one of the boldest numbers of the 90s, Dixit and Anil Kapoor’s sizzling chemistry set screens on fire. Through this dance number, she proved how sensual can be graceful. The tremendous success of this song proclaimed Dixit as the ‘Dhak Dhak Girl,’ a title she still proudly and very rightly owns.

Que Sera Sera from ‘Pukar’ (2000)
One of the biggest hit dance sequences of all time, the dance-off between Prabhudheva and Dixit was nothing less than a blessing for the eyes of the audience. Performing alongside Bollywood’s ‘God of Dancing’ and matching up to his moves is surely not a cakewalk and hardly anyone would have executed the sheer brilliance any better than Dixit. After all, it wasn’t everyday that people saw actors acing Michael Jackson Style of dancing like a pro. Her finesse and expertise proved as to why she is said to be the unprecedented ‘Queen of Bollywood Dancing.’

Maar Daala from ‘Devdas’ (2002)
Yet another huge hit of her career, this classical dance sequence from Sanjay Leela Bhansali’s successful venture is nothing short of legendary. Time and again Dixit has proved her mettle by embracing different genres of dance in her films. This particular Kathak performance, her magnificent grace and prodigious proficiency showcased the classical dance maestro that she is. Her powerful and captivating performance truly ended up justifying the song’s title.

Ghagra from ‘Yeh Jawaani Hai Deewani’ (2013)
This superhit dance track is one of Dixit’s highly loved performances after her comeback to industry post the hiatus. Dancing along with Ranbir Kapoor in this Bollywood item number, she showed how she still rules the floor. Her expressions, moves and grace remain unmatched to the day. Although a cameo dance sequence, she still managed to steal the show like she has been doing over the years.

BizAsialive.com wishes Madhuri Dixit an incredible Happy Birthday and hopes she continues to weave her magic on screen and on stage. 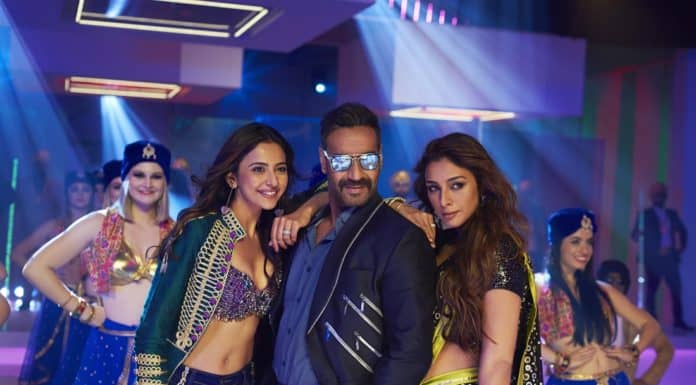