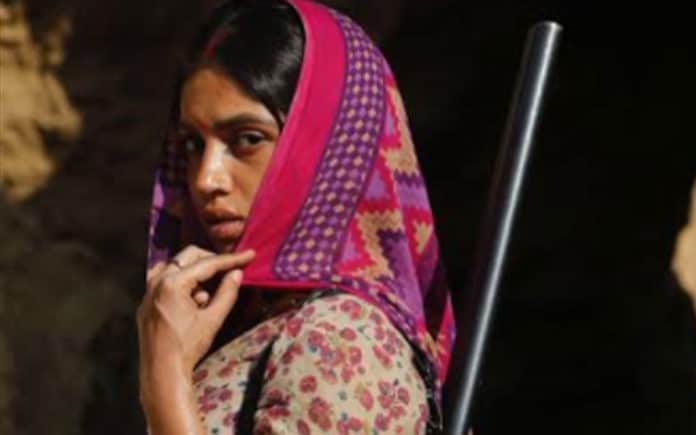 After Bhumi Pednekar made her big screen debut apposite Ayushmann Khurrana three years ago, the beautiful actress has not looked back ever since. The talented actress will be seen in a new avatar in Abhishek Chaubey’s upcoming period-drama ‘Sonchiriya’ alongside Sushant Singh Rajput, playing a female dacoit of the Chambal ravines.

Commenting on the shoot schedule, a source close to the development said, “While the film’s team shot in Chambal for the last three months in sweltering heat – the temperatures would sometimes shoot up to over 40 degrees in the jungles – the actress prepped for her part by learning the Bundelkhandi dialect and interacting with the local women. The film wrapped up last week. Bhumi plays a young widow”.

Talking about her new on-screen avatar, Pednekar said, “Abhishek is a master at creating characters and has crafted iconic protagonists through his films (Ishqiya, Dedh Ishqiya and Udta Punjab). My look is a stroke of genius. It was his vision that created a character who exudes vulnerability and yet is strong, gritty and bold. Working with Abhishek and Sushant has been one of my most fulfilling creative collaborations”.

The Ronnie Screwvala’s production Sonchiriya is co-written by Sudip Sharma and also features Manoj Bajpayee in a key role. Before penning down the entire story, Sudip had earlier visited Chambal and interacted with reformed dacoits from the era as part of initial study.

Talking about the extensive research, Sudip Sharma said, “Some of them have more than 80 murder charges on them. Everyone has heard horror stories about the dacoits of Chambal but I’ve realized the reality is quite different from what Hindi films portray. We aim to capture that reality”. Next articleTravelxp launches in Slovenia ahead of UK launch