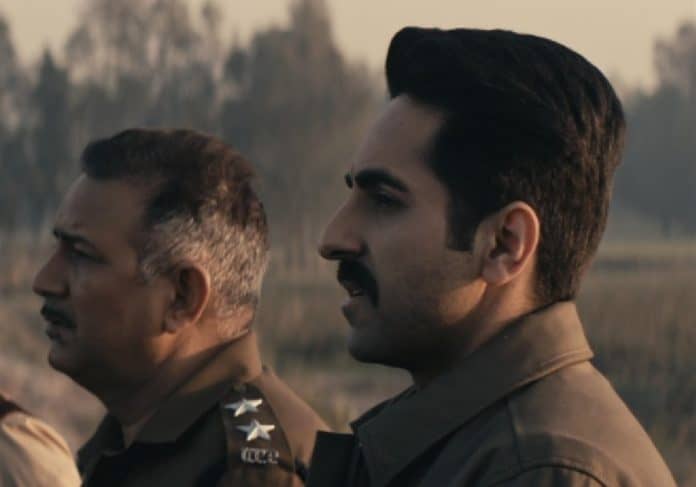 Ayushmann Khurrana is one of the most talented young actors in Bollywood. Having worked in a number of light-hearted social comedies, he is now doing a gripping cop drama with a serious social message.

He is currently shooting for Anubhav Sinha’s ‘Article 15’ in Uttar Pradesh. For reference, Article 15 of the Indian Constitution prohibits discrimination by the state against any citizen on the basis of religion, race, caste, sex and place of birth, reports the Hindustan Times.

One of the shoot schedules took the team into a swamp filled with leeches. Sharing the experience, Khurrana wrote on social media: “Today was a true test of my love for my craft. We are in the middle of shooting Article 15, being directed by the super talented Anubhav Sinha. Yesterday, we had a challenging day – a shot required us to enter into a swamp and do a gripping scene. We realised that the swamp was filled with leeches only when we were in the middle of the shot! I would like to salute my brave team of investigating officers (it’s an honour to act with these talented actors) for finishing the scene despite a vicious leech attack! Anubhav Sinha hum aapke liye khoon bahane ko tayaar hain.”

The movie is due to release next year. Next articleArjun Kapoor opens up about marrying Malaika Arora