Award-winning British singer, songwriter Arjun has lit up the Big Apple this Diwali. The London based artist was given the honour of switching on the Diwali-themed lights at the Empire State Building, turning the iconic landmark orange to mark the city’s celebration of Diwali.

Arjun said: “I am privileged to be in New York for this special event to celebrate Diwali. The Empire State Building is one of the world’s most iconic landmarks, recognised by billions globally, and it will be the centre of the city’s recognition of Diwali. I am honoured to play a part in the celebrations here, turning this world famous building orange to celebrate the Festival of Lights this weekend and represent a culturally rich and diverse community.” 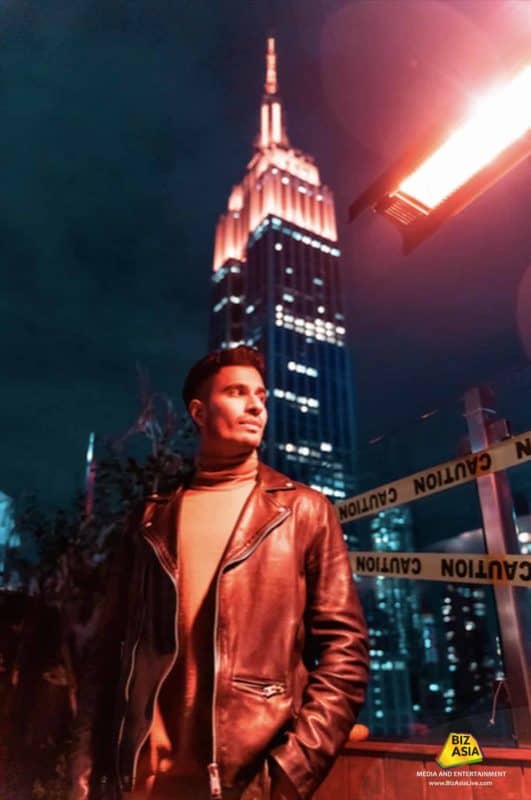 The Empire State Building played host to a grand celebration of Diwali, with a bright and colorful cultural display and dance performances during a presentation ceremony, organised by the Federation of Indian Associations (FIA) and Empire State Realty Trust. Singer Arjun was invited to New York especially for the occasion and was asked to flip the switch. After lighting the iconic tower orange, he took part in a press meet and greet and photo opportunity on the 86th floor observatory deck. Orange signifies the colour of the Diya (lamp) and once lit, the Empire State Building cast a beautiful hue across the night sky of New York city, spreading the message of oneness in celebrating the victory of good over evil.

Arjun adds: “My music is about celebrating and connecting the sounds of different cultures from the East and the West – bringing them together by fusing the likes of Hindi, Punjabi and Tamil with Western R&B and Pop music. In a time where cultural acceptance is a hot topic in America and so many other countries around the world, it’s great to see this celebration of diversity and inclusion and bridging the gap between cultures.”

Singer & songwriter @ArjunArtist popped by our tower today to ceremoniously turn us orange ahead of tomorrow night’s #Diwali lighting with @FIANYNJCTorg! pic.twitter.com/lbvyhHrY2S

Arjun’s most recent single ‘Tingo’, featuring Mickey Singh, was another major hit for the British singer, reaching number 1 in the Official Asian Music Chart, and has remained in the top 10 for 6 weeks, amassing over 2.5 million YouTube views and over 1 million streams on Spotify.

Arjun’s album ‘Closer To Home’ released last year on Island / Universal Records has seen major single releases including ‘Alone’, ‘Vaadi’ and ‘SOS’. The singer was previously signed to India’s biggest label T-Series, releasing a string of popular hits including ‘I’ll Be Waiting (Kabhi Jo Badal)’, ‘Excuse Me Girl (Ambarsariya)’, ‘Sanam Ho Ja’ and the international smash hit ‘Suit’ featuring Guru Randhawa, which has over an incredible 500 million views on YouTube and has been featured in a Bollywood film. 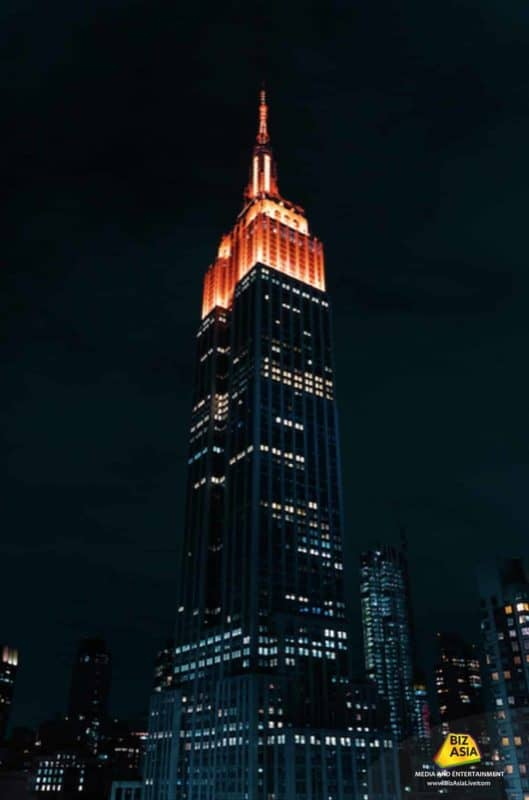 Fresh from a 10 city US tour and 7 city Australia tour, the singer, songwriter recently headlined the London Mela, Europe’s largest South Asian festival, having stolen the show with a majestic performance accompanied by a symphony orchestra at the same event last year.